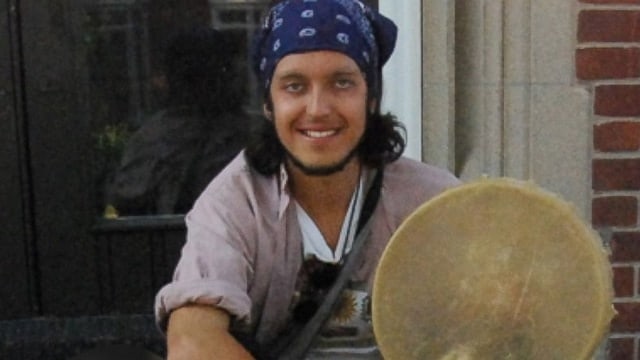 Authorities Monday advised they had a 23-year-old man in custody, the son of a high-ranking Boston Police Department official, in a terrorist plot.

Alexander Ciccolo, aka Ali Al Amriki, 23, was arrested on July 4 and charged with being a felon in possession of firearms. Following a search of his residence, federal agents discovered what they describe as partially assembled Molotov cocktail incendiary devices constructed of Styrofoam soaking in motor oil.

According to an affidavit unsealed this week, Ciccolo was convicted earlier this year on a drunk driving charge that carried a sentence of up to 30 months, which was suspended in lieu of probation but would have made him a prohibited possessor of any modern firearm.

Nevertheless, and despite Massachusetts’s strict gun control laws, agents maintain that Ciccolo obtained four firearms to include a Colt AR-15 .223 caliber rifle, a SigArms Model SG550-1 556 caliber rifle, and two Glock pistols, acquired through an informant working for the Federal Bureau of Investigation.

In its motion to detain Ciccolo, the government say sources close to the man asserted in the last 18 months he became obsessed with Islam. He popped up on the FBI’s radar last October with a Facebook page advocating martyrdom and support for ISIL/ISIS under the name Ali Al Amriki.

In a June meeting with witness working for the FBI, Ciccolo allegedly spoke of attacking U.S. soldiers and police using improvised explosives.

“(Y)ou put umh, take a pressure cooker…Uhm, fill it up with ah, black powder…Yeah, you fill it up with ball bearings, nails, glass, rocks . . . you know,” described the defendant.

In subsequent meetings with the witness, Ciccolo drew maps of planned attack locations and delved deeper into radical Islamic rhetoric.

An agent witnessed Ciccolo purchase a pressure cooker similar to one used in the 2013 Boston Marathon Bombing at an area Wal-Mart.

Upon arrest, Ciccolo waived his rights and continued to voice support for ISIS before assaulting a nurse during a routine medical exam with a pen.

Ciccolo’s father is Captain Robert Ciccolo, a veteran commander assigned to Operations at Boston Police headquarters who helped respond to the Marathon Bombing, as reported by ABC Boston.

“While we were saddened and disappointed to learn of our son’s intentions, we are grateful that authorities were able to prevent any loss of life or harm to others,” reads a statement released Ciccolo’s family through the Boston Police Department. “At this time, we would ask that the public and the media recognize our grief and respect our desire for privacy.”

Ciccolo is scheduled for a detention hearing July 14 at 3:30 p.m. at the U.S. District Court in Springfield, Massachusetts.