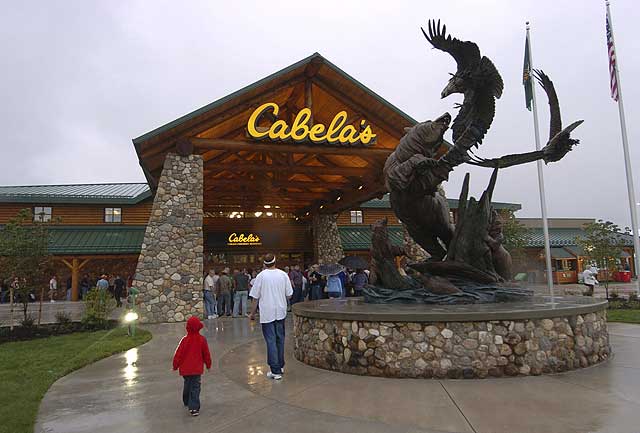 Under federal guidelines, licensed firearms dealers can transfer a gun immediately after given a “proceed” authorization through the Federal Bureau of Investigation’s NICS program. In cases where a “delay” is given by the FBI, it is up to the dealer whether or not to go through with the transfer after three business days.

Last week, authorities disclosed that the alleged shooter in the Emanuel AME Church killing in Charleston, South Carolina was able to obtain a firearm after his three-day delay expired without the FBI able to confirm that he was a prohibited possessor.

This has former New York Mayor Michael Bloomberg’s Everytown for Gun Safety and the affiliated Moms Demand Action pushing a large national firearms retailer to close what they are calling, “The Charleston Loophole.”

Both groups are mounting a social media campaign asking the Nebraska-based Cabela’s to halt allowing guns to transfer with a delay status unresolved after the three day period. With some 60 stores and a large direct marketing arm, Cabela’s had more than $3 billion in revenue in 2014.

“Retailers have the right — and responsibility — to delay a gun sale until a background check is completed,” reads a post from Everytown. “But Cabela’s, one of the largest gun retailers in the country, will sell to anyone after three business days, even without a completed background check.”

Moms went a step further by implying that the retailer should move now before such a requirement is mandated by possible future legislation.

“Until Congress closes this loophole, it’s up to corporate America to do the right thing. Retailers have the right – and responsibility – to delay a gun sale until a background check is completed,” reads the post.

While Cabela’s did not immediately respond to a request from Guns.com for comment, industry representatives are taking point on the latest effort by the Bloomberg organizations to publicly shame gun retailers, and calling the groups out for capitalizing on a mass killing for political ends.

“We respect the professionals at the FBI NICS and know they feel terrible about the mistakes that were made in this situation,” Lawrence G. Keane, senior vice president and general counsel with the National Shooting Sports Foundation, told Guns.com Tuesday.

“Rather than exploiting this tragedy for a cheap publicity stunt, Everytown should focus on actually helping to fix the existing background check system instead of falsely taking credit for the successful NSSF FixNICS effort which has already gotten several states to report to NICS records documenting who is prohibited under current law from purchasing a firearm,” Keane said.