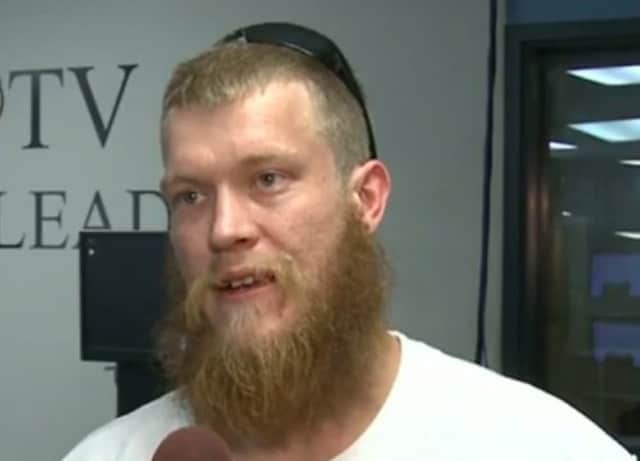 Joey Tapley said he was carrying a concealed handgun without a permit that day thanks to a law that went into effect July 1. (Photo: WIBW)

The armed citizen who stopped a group of armed teens from robbing a sporting goods store in Topeka credits a recently enacted carry law for his good deed.

Joey Tapley, 24, said he was at the gun counter inside the Academy Sports on Friday buying bullets when he heard loud banging. When he turned to see what the commotion was, he noticed two masked men grabbing firearms from the counter.

The pair were described as white males around 16- or 17-years-old. They were armed with handguns and had their faces covered with bandanas. While the two teen grabbed the guns, a third teen was said to be holding a cashier at gunpoint at the front of the store.

The teens made their way out the front door with several rifles and an unknown amount of cash to where a fourth person – a female – was waiting for them in the parking lot, but Tapley, who was carrying a legally owned concealed firearm, and several employees followed them.

Once in the parking lot, Tapley, who said his instincts just took over, pulled out his weapon. 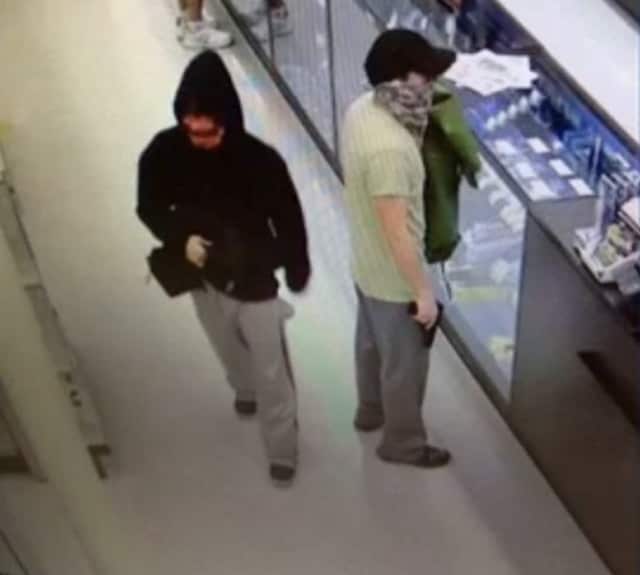 Surveillance cameras captured images of the teens as they robbed the store. (Photo: WIBW)

“I told him drop the gun, man, mine is loaded. Just drop the gun,” Tapley told local news station WIBW. “We made eye contact for a second or two and he dropped two guns and ran.”

The teens dropped the loot and took off, but a short time later, authorities caught up with them and they were all arrested and booked into the Juvenile Center. The boys were charged with assault, burglary and robbery, while the female was charged with conspiracy to commit aggravated robbery.

The stolen cash was recovered as well.

Tapley, who was carrying his handgun without a concealed carry permit, pointed to a recently-enacted state law that allows him to carry in such a manner.

“That’s why Kansas made the law. So citizens can carry and protect themselves and others,” Tapley said of the legislation that took effect on July 1 after approval from the Kansas governor.