Police: Violent ex-boyfriend wrestles gun away from woman, kills her 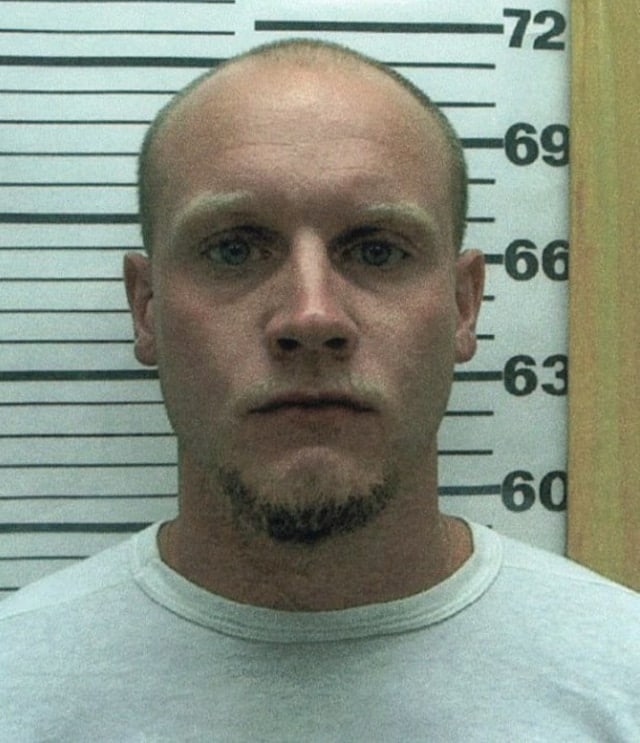 Robert Burton, 38, has been arrested for a slew of violent crimes. (Photo: Maine State Police)

A 37-year-old woman was killed at her Parkman, Maine, home last month after her ex-boyfriend broke into her house and wrestled a handgun away from her.

Police received a 911 call June 5 just after 6 a.m. when Stephanie Ginn Gebo’s two children discovered her body inside the home.

According to Piscataquis County Sheriff John Goggin, Robert G. Burton, 38, whom Ginn Gebo had ended a relationship with a week prior to her untimely demise, crawled into a window at the woman’s house sometime during the night. Ginn Gebo was armed with a handgun and fired at Burton, who was unarmed at the time. Burton was slightly injured, but once he got inside the home, he tussled with Ginn Gebo before he “just lost it.”

“He got the gun away from her and he shot her and killed her,” Goggin told a local ABC affiliate during an interview.

After killing Ginn Gebo, Burton, who has an extensive and violent criminal history, fled from the scene, and has yet to be apprehended. Even though there have been three confirmed sightings of Burton, he continues to elude authorities.

On July 6, a home surveillance system in Guilford captured an image of Burton running along the road, and investigators have reason to believe Burton is still hiding out in the area.

The sheriff’s office, state police and about half a dozen wardens are actively searching for Burton, but part of the problem lies in the fact that the area is covered with ATV trails and other places where Burton could easily hide. Additionally, Burton, who grew up in the area, knows the trail system well.

“We’re hoping in the long run that he will make that final mistake, and that we will be ready when he does that,” Goggin said.

Authorities are asking local residents and visitors to be vigilant and not leave anything out – such as food and camping supplies – which could be used by Burton.

Burton has been known to go by the names Robert Elliot or Robert Glen Elliot, and is described as 5-foot-11 and 180 pounds. He has brown hair, blue eyes and sometimes wears glasses. He was last seen wearing camouflage and carrying a dark-colored backpack, and on his hands are two prominent tattoos: One is a picture of a shamrock, while the other says “Outlaw.”

Burton, who has a violent criminal history spanning more than a decade, according to a report by the Bangor Daily News, should be considered armed and dangerous. Goggin said he believes Burton will start shooting if he is cornered rather than risk going back to prison. Authorities urge residents not to approach him if he is seen, but instead contact the state police in Bangor at 973-3700 or call 911.