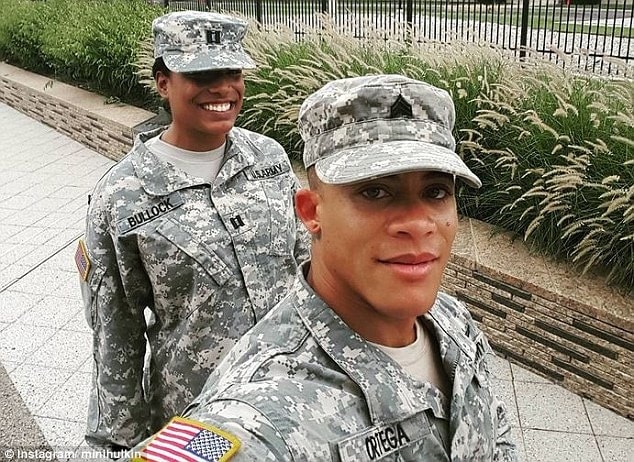 Sgt. Shane Ortega awaits the day he can wear male Army uniforms, instead of the female ones he’s been required to wear. (Photo: Instagram)

After almost five years since the repeal of “Don’t Ask, Don’t Tell,” the military policy meant to protect lesbian, gay, bisexual and transgendered individuals from discrimination and also prohibited openly LGBT people from serving, the DOD will launch a six-month study to determine the impact of allowing transgender individuals to openly serve, officials announced this week.

“The Defense Department’s current regulations regarding transgender service members are outdated and are causing uncertainty that distracts commanders from our core missions,” Secretary of Defense Ash Carter said in a statement. “At a time when our troops have learned from experience that the most important qualification for service members should be whether they’re able and willing to do their job, our officers and enlisted personnel are faced with certain rules that tell them the opposite.”

Sgt. Shane Ortega, a transgender helicopter crew chief who identifies as male, has been required to wear a female uniform for the past five of 10 years of service he’s been living as a male, ABC News reported Tuesday.

Ortega, a bodybuilder, has trouble fitting into the female uniforms he’s required to wear under current military regulations.

The DOD plans to assemble a working group to help guide the formation of new regulations to accommodate the LGBT community, including those regarding uniforms, the Associated Press reported.

Some concerns raised in repealing the ban include those involving medical costs associated with gender transition and physical training and testing standards for those transgender service men and women.

Supporters of Carter’s call for revamped regulations included several members of Congree, but but others, including those on the conservative Family Research Council, opposed it.

“Considering the abysmal condition of our military and a decline in readiness, why is this a top priority for the Obama administration?” said retired Lt. Gen. Jerry Boykin, the council’s executive vice president. “The Pentagon must answer whether this proposed policy makes our military more capable of performing its mission. The answer is a very clear and resounding no.”

The National Center for Transgender Equality estimates there are more than 15,000 transgender people serving in the military and more than 134,000 American veterans in the country.