Robbers run out of store after discovering armed employee 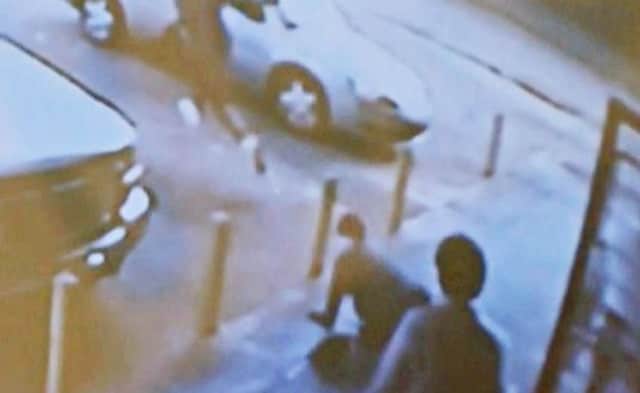 Once met by an armed employee inside, the suspects couldn’t get out of the store quick enough. (Photo: Houston Police Department)

Two suspects are dead after an attempted robbery Monday night at a Houston convenience store was tripped up by an armed employee.

Surveillance video from the Super-K captured the chilling moments three armed suspects stormed the business, their faces covered, as a fourth suspect remained outside in a getaway car.

One of the suspects grabbed customer Tom Vo as he walked through the door in an apparent attempt to use him as a human shield as they committed the robbery. Another suspect made his way toward the clerk and demanded cash from the register, but when the clerk refused, the suspect began violently pistol whipping him in the head, KHOU reported.

But little did the suspects know that the brother of store owner Alden Tu was also armed and taking a break towards the back of the business. He witnessed the entire incident unfold and emerged from the back of the store ready to defend the business and his family. Although the suspect standing at the door aimed his gun at Tu’s brother, he reacted quicker than the suspect and opened fire.

Two of the suspects can be seen on the video running out of the building, with the third coming shortly behind them. The trio jumped into the car and fled the scene, as Tu’s brother trailed behind them into the parking lot.

Some time later, two men outside of an apartment complex, who were suffering from gunshot wounds, attempted to flag down an ambulance. Authorities confirmed those men were the same suspects from the earlier robbery and had apparently been dumped at the apartment complex by their accomplices.

The suspects were transported to a local hospital where they later died, and the remaining two suspects are still at large.

The clerk, who is Tu’s son-in-law, was also taken to the hospital but is expected to make a full recovery.

Tu said they were robbed just 10 days prior, but added the suspects are lucky his brother wasn’t behind the counter when they walked through the door.