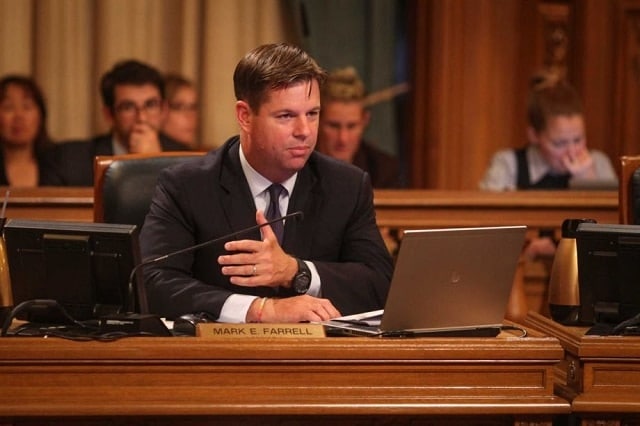 In the wake of a murder by an illegal alien with a gun stolen from a federal agent, the San Francisco Board of Supervisors is pushing a strict new gun control initiative.

Supervisor Mark Farrell is asking the city attorney’s office to draft legislation requiring gun stores operating in the city to video all gun and ammo sales, mandate the videos be stored for at least five years, and transmit data on sales to the San Francisco Police Department at least one a week.

Saying the Bureau of Alcohol, Tobacco, Firearms, and Explosives is understaffed and unable to provide the level of oversight needed in the city, Farrell is seeking to increase restrictions on licensed gun dealers.

“Easy access to guns and ammunition continue to contribute to senseless violent crime here in San Francisco and across the country,” said Farrell in a statement. “Even though San Francisco has some of the toughest gun control laws on the books in the country – there is more we can do to protect the public – and we should do everything in our power to give local law enforcement the additional tools they need to prevent crime and keep our neighborhoods safe.”

The city ordinance, as outlined by Farrell, would mandate that all sales of firearms or ammo in the city limits be recorded on video and stored for a minimum of five years. Further, it directs a list of personal data be collected from any buyer and transmitted to the SFPD within a week of the sale. This data would include:

Farrell points to similar laws in Chicago adopted in recent months as a model for his scheme.

This latest push for gun control in the Golden Gate City comes only days after the high-profile murder of Kathryn Steinle on San Francisco’s iconic Pier 14. Steinle’s suspected killer, Juan Francisco Lopez-Sanchez, was an undocumented alien wanted by the Department of Homeland Security who allegedly used a handgun stolen from the car of a federal agent just four days prior.

The city of some 830,000 contains a single gun shop, High Bridge Arms, as reported by KTVU, and the staff isn’t enamored with the proposed new rules.

“It’s a very intrusive law that will accomplish absolutely nothing,” said Steven Alcairo, the general manager at High Bridge Arms who argues what the city proposes is intrusive. “As of right now I would refuse that, unless they brought a subpoena.”

If challenged, it would not be the first time that San Francisco’s gun laws went to court. The city recently won a victory when the U.S. Supreme Court declined to hear a challenge to its controversial 2007 gunlock law that has been winding its way through National Rifle Association-backed lawsuits since its adoption.

Farrell’s proposed gun legislation is expected to be introduced at the Board of Supervisors meeting in September.