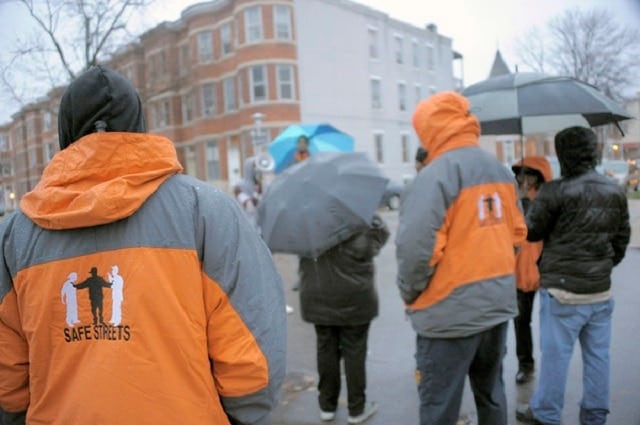 City officials have partially halted the operations of a program staffed by felons turned “violence interrupters” following the discovery drugs and at least seven guns in their offices.

Funded by a U.S. Department of Justice grant through the city’s Health Department, the Baltimore Safe Streets program was modeled on Chicago’s sometimes-troubled CeaseFire initiative and uses former gang members in outreach services. While the program has been held up as an example of how to fight crime at the street level, the city has pulled the plug for now on one of the group’s four locations.

The announcement came earlier this week after authorities, responding to a robbery complaint, found a stash of weapons, heroin, and cocaine at Safe Street’s Monument Street office in East Baltimore and arrested two employees, as reported by the Baltimore Sun.

Taken into custody were violence interrupters Artez Harris, 37, and Ricky Evans, 35, both ex-gang members. Harris pleaded guilty in 2007 to drug charges and served two years of a 12-year sentence while Evans has been charged twice with murder, and both times acquitted.

Despite Maryland’s tough gun laws which prohibit the sale of magazines capable of holding 10 or more cartridges, images of the firearms seized by police included at least four that appeared to exceed the ban

“Safe Streets works because employees are often ex-offenders who have credibility in the neighborhoods they serve,” Wen said Tuesday. “This incident is a reflection on the individuals involved, and should not take away the great successes of Safe Streets and the role it has played in reducing violence.”

Baltimore is not the only city in the country to use violence interrupters.

Last August, New York City Mayor Bill de Blasio unveiled a $12.7 million “Gun Violence Crisis Management System” to make Gotham’s streets safer that pledged to use such a program in a key role as the administration’s response to a 12 percent uptick in shootings.

In Chicago, PBS’s Frontline noted that at least six outreach workers and interrupters CeaseFire, which Safe Streets is modeled from, had returned to crime, citing that the group had “at times a tense relationship with Chicago police officers, who were wary of collaborating closely with people they’d arrested in the past.”