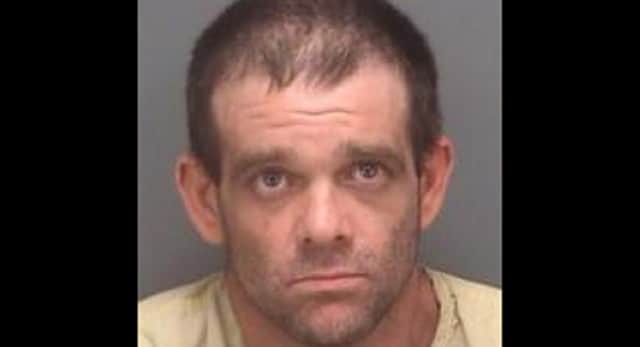 A man from Pinellas County, Florida, was arrested last month after a substance found in his car was determined to be a synthetic form of marijuana despite the man’s claim that it was just “yard clippings.”

When a Clearwater cop pulled over 38-year-old Jayson Curtiss’ SUV in April, he found a plastic bag containing about a pound of a “green leafy substance.” Curtiss attempted to talk himself out of the potentially incriminating situation.

“I am a licensed dealer of that,” he told the officer as he tried to convince him the substance was “for aromatherapy.”

But with the officer not buying it, Curtiss offered another explanation.

“It’s my yard clippings,” he said.

The mystery substance was seized and lab results revealed last month that it was actually XLR-11, an illegal synthetic cannabinoid.

Curtiss, who has a prior criminal history which includes cocaine possession, aggravated battery with a deadly weapon and a pending domestic violence case, was arrested, charged with felony narcotics counts and being held on an almost $60,000 bond.