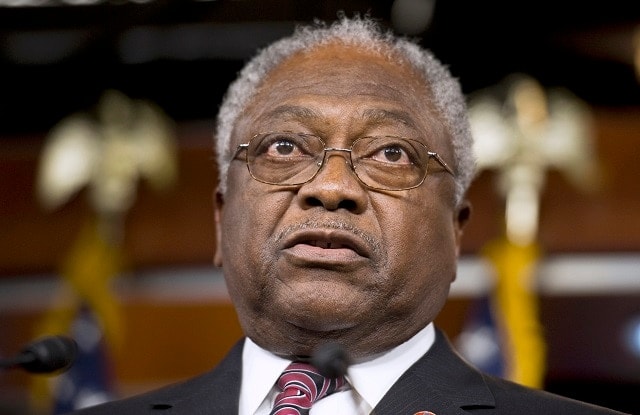 U.S. Rep. James E. Clyburn debuted legislation Wednesday that would mandate no firearm be released from a licensed dealer to a potential transferee before a background check is completed.

Under federal guidelines, licensed firearms dealers can transfer a gun immediately after given a “proceed” authorization through the Federal Bureau of Investigation’s National Instant Criminal Background Check System. In cases where a “delay” is given by the FBI, it is up to the dealer whether to go through with the transfer after three business days.

Last week, authorities disclosed that the alleged shooter in the Emanuel AME Church killing in Charleston, South Carolina, was able to obtain a firearm after his three-day delay expired without the FBI able to confirm that he was a prohibited possessor.

“Many large retailers exercise their discretion not to proceed until given a clear ‘yes,’” FBI Director James Comey explained last week in a statement on the Charleston case, “but many other retailers conclude the transaction after the three business days even in the absence of a clear decision, which is what the law allows.”

Clyburn maintains this is unsatisfactory and wants to close what he terms a loophole in the country’s Brady check practices.

“The Background Check Completion Act will guarantee that no gun is sold by a licensed dealer until a background check is completed,” Clyburn said in a statement. “Tragically, the Charleston shooter was allowed to purchase a gun even though the FBI had not completed his background check.”

The legislation, introduced Tuesday to the House as H.R.3051 without any co-sponsors, would mandate that all gun transfers complete the NICS check before a firearm could change hands.

Clyburn pointed out that many retailers, such as Wal-Mart, already voluntarily make such a policy standard practice, but feels that every dealer should be mandated under federal law to do the same.

“This should never be acceptable,” said Clyburn. “My bill is a commonsense fix to our nation’s gun laws, and I call on my colleagues in Congress to move it immediately towards passage.”

“It is past time for Congress to close this NRA-backed loophole that makes it all too easy for dangerous criminals to get guns due to incomplete background checks,” said Everytown President John Feinblatt in a statement emailed to Guns.com on Thursday. “Representative Clyburn’s proposed legislation would make it clear: If you don’t pass a background check, you should not be able to collect a gun. Congress can – and should – do whatever it can to guarantee our background check system puts American public safety ahead of the interests of the gun lobby”

Clyburn’s legislation has been referred to the House Committee on the Judiciary.