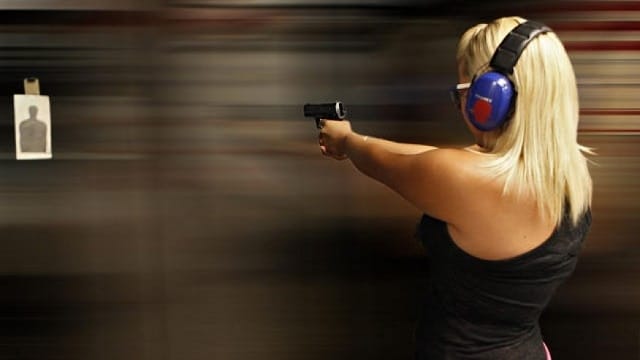 A report released Wednesday by the Crime Prevention Research Center holds the number of permit holders in the country is at an all-time high, topping 12.8 million.

The study contends that since 2007, the number of those seeking permits has almost tripled, surging from 4.6 million eight years ago.

The 27-page report explains that concealed carry in the last decade has come to new states such as Illinois that long prohibited the practice – but points to another factor at play for the possible dramatic jump in permits.

“Not only did [President] Obama’s election increase gun sales, it also increased the number of concealed handgun permits,” reads the report. “Initially the increase in permits was slow, growing from roughly 2.7 million permit holders in 1999 to 4.6 million in 2007. But the number of concealed handgun permits literally exploded during the Obama presidency.”

Compiled by Dr. John Lott, the study cautions the number of permit holders does not translate into the actual census of those who lawfully carry a concealed handgun.

It points out that seven states currently allow for permitless or constitutional carry while two others, Montana and Idaho allow carry without a license in rural areas and a 10th, Mississippi, recently legalized off-body carry in a purse or bag without having to first obtain a license.

Further, the study concedes data in some cases is incomplete as some states only collect statistics for non-resident permit holders while others have not posted the most recent year’s numbers.

In evaluating the effectiveness of states that allow constitutional carry over ones that place extensive restrictions on their permits, Lott holds that these data sets also show an interesting trend when crime rates are compared.

“The five states in 2013 that allowed concealed carry without a permit had much lower murder and violent crime rates than the five jurisdictions with the lowest permit rates,” reads the study. “Indeed, the murder rate was 33 percent lower in the states not requiring permits.”

Other findings of the study include that the rates of females obtaining permits has almost tripled since 2007 and, in states where the racial demographics of permit holders are available, while whites still hold the vast majority of permits, the number of black permit holders has grown more than twice as fast as the number for whites.

The states with the highest percentage of the adult population with active permits, in each case more than 10 percent, are Alabama, South Dakota, Indiana, Pennsylvania and Tennessee.

The five jurisdictions with the lowest, in each case less than one percent, are California, New York, Hawaii, New Jersey, and the District of Columbia.

Guns.com reached out to Everytown for Gun Safety for comment on the study but did not receive a reply by time for posting.

“Numerous scholars and criminologists have looked at this in detail, and have concluded there’s no correlation between the prevalence of concealed carry permits and murder rates. The data in this report, cited to hyperlinks that are broken or compiled by known lobbying organizations, is difficult to even engage with seriously. Lott’s dogmatic search for patterns that fit his own beliefs is a tired distraction from the questions that actually matter to Americans: why our country’s rates of gun violence remain so high, and how we can do better to keep guns out of criminal hands.”