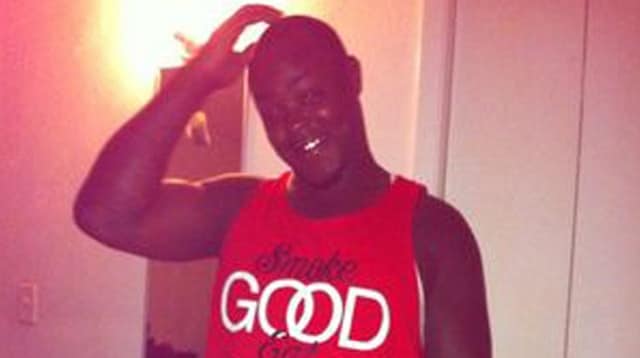 A Tallahassee homeowner shot and killed a man who was breaking into his home just after midnight Wednesday, but authorities said they tried to help the suspect earlier in the night when he showed up at the police station seeking aid after indulging in a bad batch of Molly.

The girlfriend of 27-year-old Jerod Clemons said he had been with her in her car earlier in the night when he suddenly jumped from the moving vehicle, WTXL reported. According to authorities, some time later Clemons attempted to gain entry into a home, knocking at the door repeatedly, but the homeowner refused to open the door.

After leaving that house, Clemons went to the police station to get help. According to Havana Police Chief Tracy Smith, Clemons was sweating profusely and had removed some of his clothing – both signs that someone is under the influence of Molly, a psychoactive drug similar to ecstasy. Clemons apparently told the officers he had taken some bad Molly, felt like his heart was going to explode and needed an ambulance right away.

Clemons also said he went to a church earlier asking for help and left a gun hidden there in the process. There was no evidence Clemons had been to a church, but officers later discovered a handgun, which was determined to be stolen, hidden on the porch at the home where he was knocking at the door earlier.

While still at the police station, officers called an ambulance for Clemons, but while he was being transported to the hospital, he reportedly became agitated and wanted out of the vehicle. One of the paramedics struggled with Clemons before he burst through the back doors and ran off.

A short time later, Clemons attempted to break into several other homes before he threw a concrete planter through the front door of one, shattering the glass.

But before Clemons came any closer, the homeowner shot him. By the time police arrived on the scene, Clemons was pronounced dead. The homeowner, who is a retired police officer, said it was something they never expected to happen and they’re thankful to still be alive.

An emergency room doctor at a Tallahassee hospital said they have seen a sharp rise in incidents involving Molly over the last two years.

“I really had never even heard of it a couple years ago,” Murray told WCTV. “Now we’re seeing it on a nightly basis.”

Murray added that someone who is on the drug can become psychotic, paranoid and combative and oftentimes must be physically or chemically restrained.

“Not everybody experiences the bad side of Molly,” Murray said. “It just takes that one time getting the wrong batch, wrong pill and you can wind up dead.”