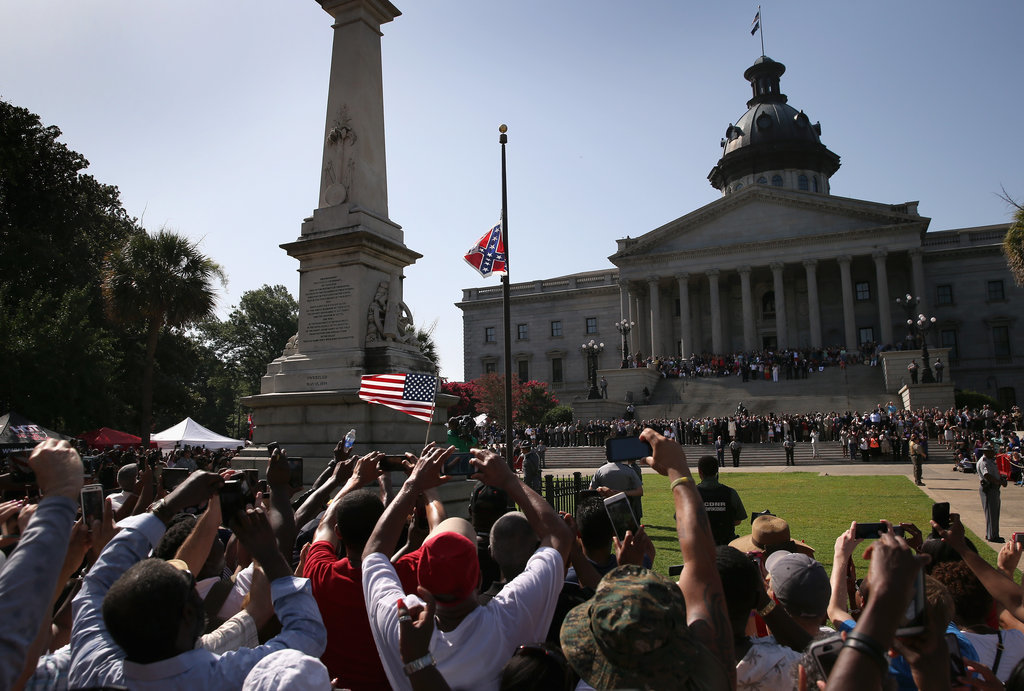 The Confederate battle flag being removed on July 10 per action by South Carolina lawmakers.

South Carolina Gov. Nikki Haley is urging South Carolinians to focus on unity rather than the rhetoric of the Ku Klux Klan members who have planned a rally outside the capitol this weekend.

The strength and grace the people of South Carolina have shown over the last three weeks have inspired our family, our neighbors and the entire world. Our family hopes the people of South Carolina will join us in staying away from the disruptive, hateful spectacle members of the Ku Klux Klan hope to create over the weekend and instead focus on what brings us together. We want to make the Statehouse a lonely place for them. In doing so, we’ll honor those we have lost and continue to make our state stronger.

According to local reports, the Loyal White Knights of the Ku Klux Klan announced in June that they would hold a rally at the SC State House on July 18 after Haley and other lawmakers called for the Confederate flag to be removed from State House grounds in wake of the Charleston church shooting.

State lawmakers proposed the debate in the aftermath of a race-related shooting at a historic black church in Charleston where nine black worshipers were killed. Authorities believe the shooter, a white man, was a self-radicalized racist who ultimately wanted to ignite a race war.

According to his previous writings and photograph, the shooter and others with similar beliefs used the Confederate battle flag as a symbol of hate, and his actions rekindled a decades-old debate about the flag flying at the State House.