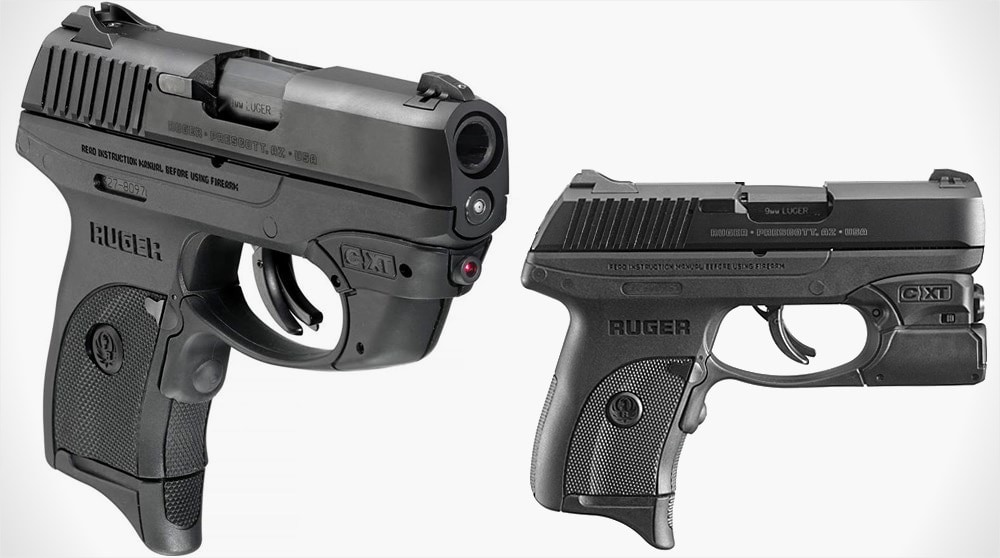 Ruger and Crimson Trace have teamed up to make a new kind of concealed-carry pistol accessory that they call XChange Technology. Building on their existing experience making weaponlights and laser sights Crimson Trace’s new module offers shooters both options in one small package.

XChange Techonology units are modular and come pre-configured with a CXT laser sight or a weaponlight and the user can swap out the current module for a the other one without uninstalling the entire unit and reinstalling the complete unit. This also ensures a consistent zero for the laser sight, even after being swapped around a few times.

This is an interesting accessory for someone who would like to try both lasers and lights to determine which accessory best suits their concealed-carry needs, and it’s a lot smaller and simpler than combination laser and light modules. It uses the trusted “Instinctive Activation” system with a single power switch right under the trigger guard where it can be activated while drawing the pistol.

The XChange unit is a Ruger exclusive for now, with the first model designed for Ruger’s recently-updated LC9 series of concealed-carry pistols. The LC9 was revamped last summer with the addition of the LC9s, a new striker-fired version with an improved, lighter trigger pull.

“As the exclusive on-board choice for all Ruger personal protection firearms, we’re very proud to be launching this truly innovative technology with them,” said Kent Thomas, Crimson Trace Director of Marketing. “We’ve spent several years concepting and perfecting this system we feel significantly increases the user experience with laser sighting and illumination systems.”

To showcase the new XChange system Ruger is releasing two Talo exclusive LC9s Pro pistols, each equipped with factory-installed CXT light or laser. The LC9s Pro is the enhanced version of the LC9s, with a sleeker design no manual thumb safety and no magazine disconnect.

The CXT light module gets about two hours of runtime on one CR2 battery and the LED bulb throws a cone of light that’s rated at 100 lumens at the source. The CXT laser module runs on one CR1/3N 3V battery or two 357 SR44 cells and produces a 5mW laser that produces a .5-inch dot at 50 feet, the distance the laser is sighted for. The laser sight is fully-adjustable for windage and elevation.

XChange Technology modules have a $229 MSRP and are already showing up in stores for around $200. Things get interesting when you look at the Talo distributor exclusives. Talo has set the MSRP for their CXT-equipped LC9s Pros at $579, just $130 more than the base model.

Apart from the XChange modules they’re every bit as Pro as the base models, with the same specifications. The pistols have 3.1-inch barrels, weigh in at a light 17.2 ounces unloaded and have a standard capacity of 7+1 chambered for 9mm Luger.