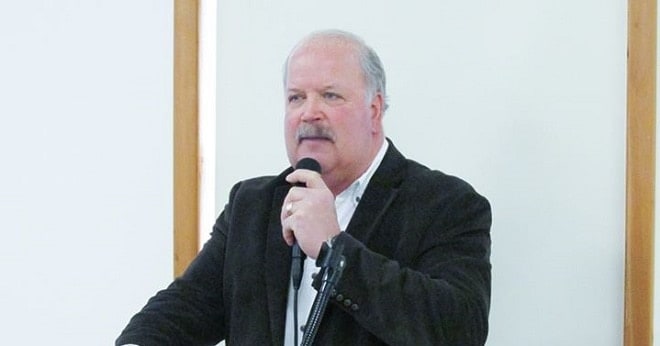 Pennsylvania Rep. Mark Keller plans to give the strongest preemption statute in the country another shot. (Photo: repkeller.com)

The controversial Pennsylvania law that allowed the NRA and other groups to haul municipalities to court over local gun laws is soon to have a modified replacement introduced.

That original measure, Act 192, was signed in October by Gov. Tom Corbett (R) and allowed third parties to sue cities and towns over gun codes stronger than what the state already had in place.

Termed the “strongest firearms preemption statute in the country” the law saw city gun ordinances fall across the Keystone State while Pennsylvania Democrats fought the measure in the courts, ultimately seeing it overturned in June.

Now one of the original backers of the law last session, Rep. Mark Keller, R-Perry, has announced plans to reintroduce the measure. Keller contends the state Commonwealth Court took exception with that fact that Act 192 came to law as part of a scrap metal bill, but otherwise found it lawful.

“Act 192 contained the same language that is in my proposed bill concerning enforcement of Pennsylvania’s current firearm preemption law,” noted Keller in a legislative memo earlier this month. “Importantly, the court’s decision was based merely on technical procedural rules, meaning that the substance of the legislation itself was never called into question.”

Keller argues that the law is needed, as the burden of taking a city to court can be prohibitive. In short, you can’t fight city hall.

“The problem to be addressed is this: While Commonwealth law already provides, in most circumstances, for preemption of local firearm laws, the courts have made that law very difficult for ordinary citizens to enforce,” said Keller.

Keller’s proposal is a simple device to codify allowing “a membership organization” to stand in for a “person adversely affected” by local municipal and county laws that are in excess of those already on the state’s books. This would allow organizations like the National Rifle Association and others to become primary plaintiffs in suits to overturn those laws and to recover legal expenses if successful.

While not yet introduced, the measure is likely to draw fire from urban Democrat mayors in Pennsylvania’s large cities. Philadelphia Mayor Michael A. Nutter and Pittsburgh Mayor William Peduto, both of whom have strong anti-gun ordinances on their cities books, were quick to denounce Act 192 last year and remained staunchly opposed throughout its short existence

“This law was clearly unconstitutional from the outset, and designed to threaten Pittsburgh and other cities trying to protect their neighborhoods from illegal guns,” said Peduto in June after it was set aside by the court.