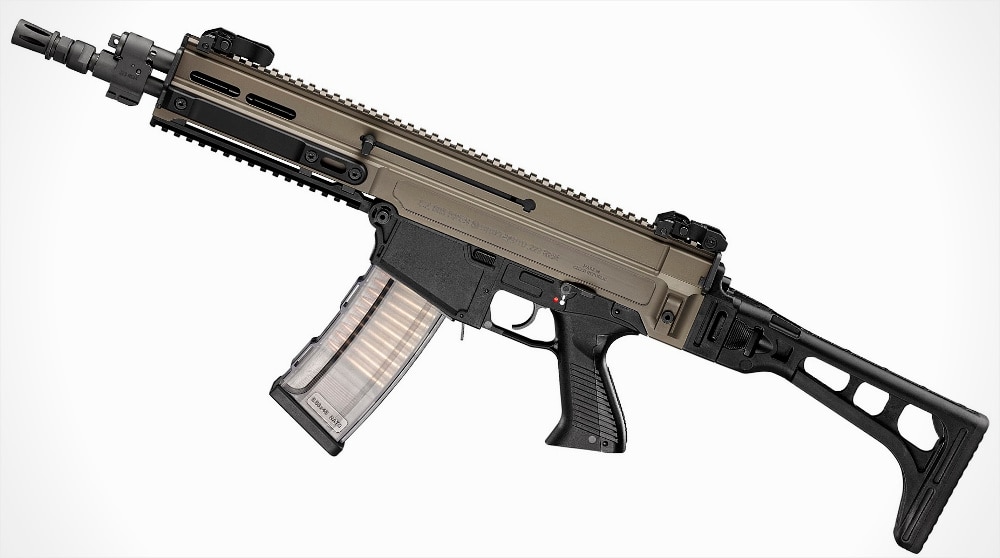 CZ-USA is on a roll this summer delivering on a bold 2015 catalog, getting new products in stores one after another. Now available at select retailers, the CZ 805 BREN PS1 pistol is ready to hit the range in force.

The pistol is based on CZ’s new compact 805 BREN S1 rifle but without a stock. In this configuration it’s easier for CZ-USA to import the Czech firearm, but it’s begging for the short-barreled rifle treatment. Unfortunately it’s not as simple as swapping out the sling point for a stock.

In order to comply with with 922r manufacturing laws it needs six American-made replacement parts in order to legally convert it to a short-barreled rifle. It already ships with three in the form of a U.S.-made magazine.

By that count still needs three more American parts before it can be fit with a stock — the good news is that CZ-USA is working on a kit right now. They are done designing the parts and will put them into production as soon as they complete a run of 922r compliance parts for their Scorpion EVO 3 S1 pistols. 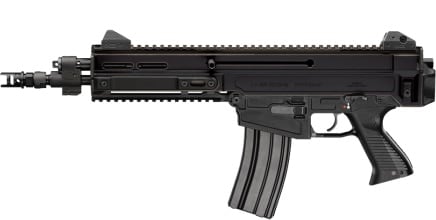 CZ-USA recently announced a 922r kit for the wildly-popular Scorpion, another pistol based on a new submachine gun. Scorpions have been flying off shelves and people can’t wait to manufacture short-barreled rifles with them.

We won’t know for a little while what the final kit will look like or what price of the BREN 922r parts kit will be but we do expect it to be affordable. CZ-USA’s more complicated Scorpion kit will list for $199 and it has a lot more replacement parts. The base pistol is more expensive with vendors listing the PS1 at around $1,700.

While that’s a bit more than most CZ products, considering that the BREN is in competition with top-tier guns like the FN SCAR 16. It’s cheaper than many other options in the high-end tactical rifle game, probably even after the 922r kit and the tax stamp are accounted for.

The 805 BREN PS1 is built on a monolithic alloy upper with a full-length flattop rail a lefty-friendly design with its ambidextrous and reversible controls, including the reversible non-reciprocating charging handle. The design is modular and in theory can accept other barrel assemblies and different-pattern magazines with different magwell assemblies, once they are made available Stateside.

The pistol is imported with the 11-inch 5.56 NATO barrel assembly and bolt. It’s a great barrel length that offers good performance at close ranges while keeping flash and report down and still offering a lot of maneuverability.