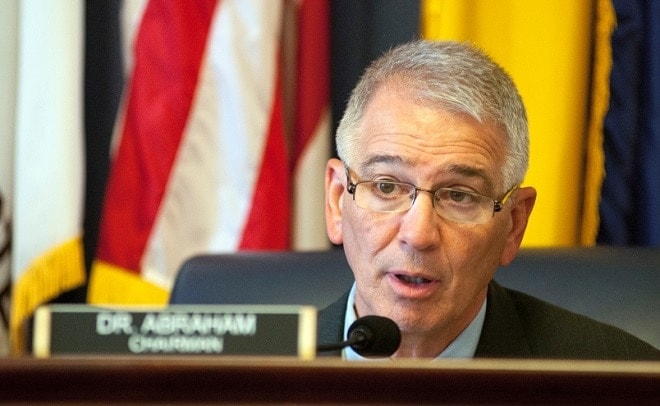 U.S. Rep. Ralph Abraham, R-La., feels that “everyone is entitled to due process, and that includes those on Social Security.” (Photo: Carlos Bongioanni/Stars and Stripes)

Republicans in the House launched a two-pronged attack this week to derail a reported White House plan to scrap the gun rights of up to 4.2 million on Social Security.

A plan detailed last week could see those who receive Social Security or SSI benefits and have a representative payee assigned to handle their finances reported to the Federal Bureau of Investigation’s National Instant Criminal Background Check System, effectively making them ineligible to possess firearms.

This has brought quick action from members of the House majority who have both penned a cautionary letter to Carolyn Colvin, the acting commissioner of Social Security, and introduced legislation to block such a move.

“Providing information on individuals who have a representative payee to the NICS is a broad overreach of authority and violates beneficiaries’ constitutional rights,” reads the letter sent by 19 powerful House Republicans. “This policy runs counter to the aims of the Americans with Disabilities Act (ADA) – the 25th anniversary of which we will celebrate this week – and would stigmatize seniors and people with disabilities and isolate them from society at large.”

The lawmakers who penned the letter are Republicans on the House Ways and Means Committee and Rep. Tom Cole, R-Okla., the chairman of the Appropriations Subcommittee on Labor, Health and Human Services, Education and Related Agencies – in effect those in the House who control the purse strings for the administration side of the SSA.

“Old age or a disability doesn’t make someone a threat to society,” continues the letter. “Having a representative payee should not be grounds to revoke constitutional rights. We strongly urge you to halt any steps to provide information on Social Security beneficiaries or Supplemental Security Income recipients to the NICS.”

The letter met with fast support from the National Rifle Association, who have characterized the possible move by SSA as, “the largest gun grab in history.”

“The Obama administration will stop at nothing to strip as many people as possible of their Second Amendment rights,” Cox said. “The NRA will employ all means available to prevent the implementation of such a widespread injustice.”

Tuesday also saw a bill proposed by U.S. Rep. Ralph Abraham, R-La., that would prevent the names of some SSA beneficiaries who are unable to manage their own affairs to the be forwarded to the NICS.

Abraham’s measure, the Social Security Second Amendment Protection Act, would severely limit any reporting requirement made by the SSA.

“President Obama will stop at nothing to take guns away from anyone he can,” Abraham said in a statement. “My bill would reinstitute the rule of law and prevent bureaucrats in Washington from deciding who can and cannot exercise their fundamental right to keep and bear arms. In this nation, everyone is entitled to due process, and that includes those on Social Security.”

The bill would mandate that such reporting of SSA or SSI beneficiaries could only be accomplished if a federal court has declared the individual mentally incompetent. This would apply to cases such as a finding by an administrative law judge in a Social Security Office of Disability Adjudication and Review hearing, but not for those who voluntarily set up representative payees of their own accord.

Abraham, currently the chair of the House Subcommittee on Disability Assistance and Memorial Affairs and a physician by trade, is expected to introduce the legislation this week.