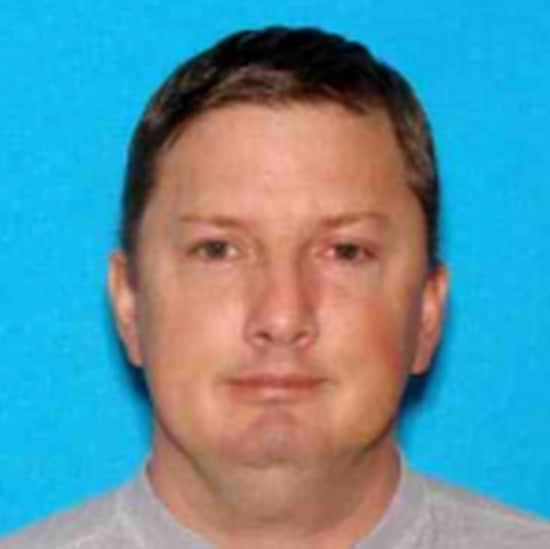 A 45-year-old man is dead after he was shot while brutally attacking a woman in her Charleston, West Virginia, home on Saturday, and authorities have reason to believe the man may be responsible for the disappearance and possibly murders of numerous other women.

The suspect, Neal Falls, 45, and the victim, whose name is not being released, met on a local classifieds website. Within a couple of hours of making contact with the victim, Falls showed up at the victim’s house, indicating that although he lives in Springfield, Oregon, he was already in the area for reasons that are unknown at this time.

The woman told the 911 dispatcher when she opened the door for him he said, “Live or die?” shoved her inside, closed the door, then pulled a 9mm pistol from his pocket and pointed it at her. Falls then proceeded to beat the woman before he began to choke her, Metro News reported.

But at some point while he was choking her, Falls set down his gun. It was then that the victim grabbed and the gun and shot Falls. According to Lt. Steve Cooper with the Charleston Police Department, the victim shot blindly over her shoulder and struck Falls, then ran from the home to get help.

“All of a sudden I heard this bang, bang, like you could hear the gunshots,” said neighbor Tony Watts, who saw the victim run out of the house crying and screaming, according to reports from local media.

Another neighbor, who noted the victim had blood on her and marks around her neck, called 911 (listen below) and when police arrived they found Falls lying on the kitchen floor of the woman’s home. He was pronounced dead at the scene.

After investigating the incident further, authorities made a disturbing discovery in the trunk of Falls’ car. They found numerous items, including shovels, a sledgehammer, various types of knives and a machete, several axes, a bulletproof vest, handcuffs, boots, trash bags and bleach. In Falls’ pockets police found four additional sets of handcuffs. 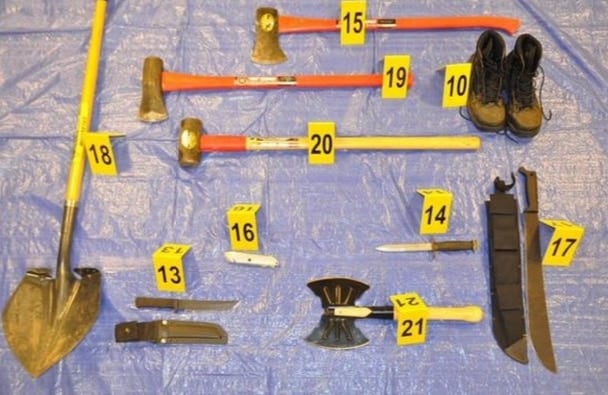 “These types of items are not something you run across very often,” said Lt. Steve Cooper, Charleston Police Chief of Detectives. “Of course, we receive a lot of training over the years as investigators as to what to look for in the cases of sexual predators or potentially even serial killers, and a lot of those items were there.”

Cooper confirmed that the two agreed beforehand that Falls would pay the victim for escort services, but authorities found no money, so “clearly his intentions were dark” from the beginning.

Cooper said it’s likely Falls has been involved in similar crimes in the past and they are now working with other agencies across the country to determine whether Falls may be connected to any unsolved cases. For reasons unknown at this time, authorities in Charleston have already been in contact with authorities in Chillicothe, Ohio, who are investigating the disappearance of six women in the area.

“It’s just unlikely that this type of crime being committed by a 45-year-old man is his first rodeo,” Cooper said.