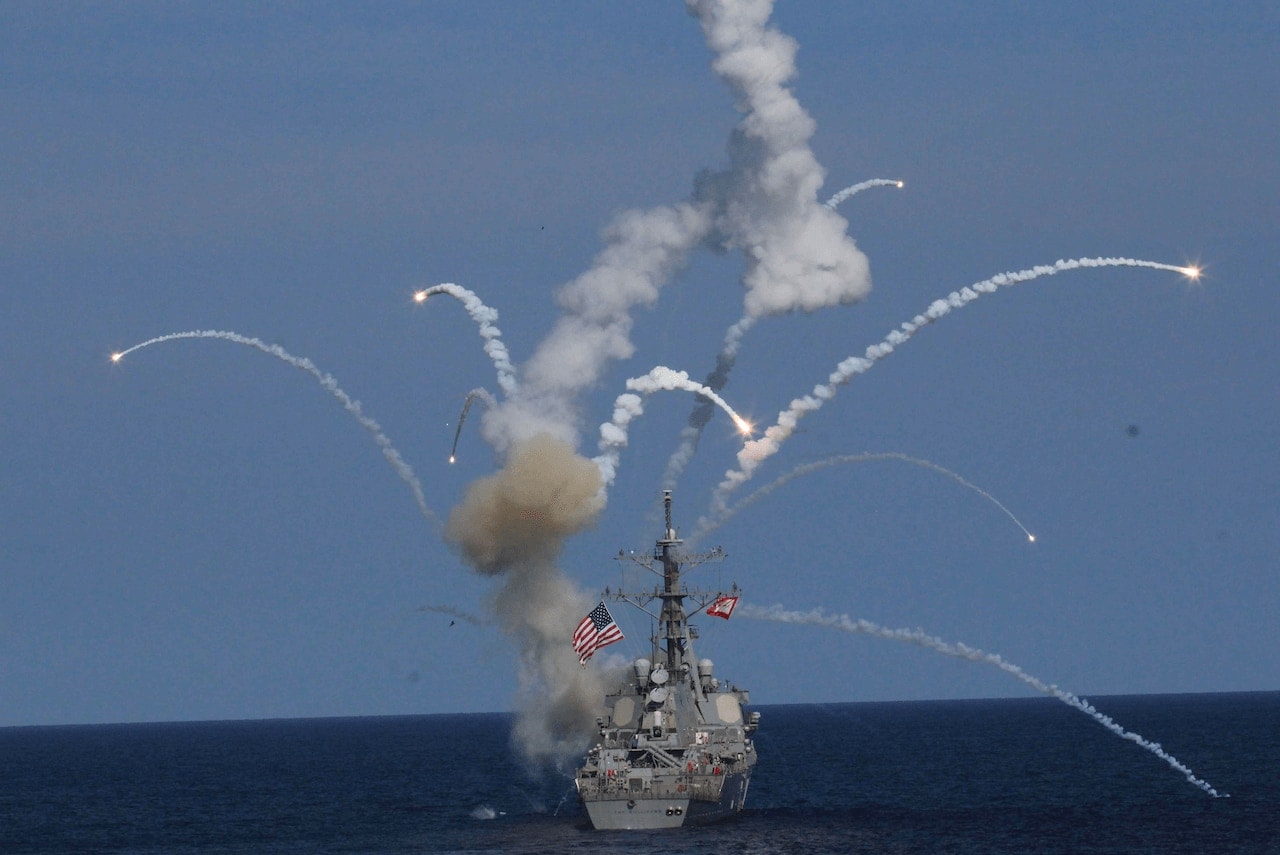 An SM-2 surface to air missile exploded just after launch from the USS The Sullivans last week.

The Aegis guided missile destroyer USS The Sullivans was damaged following the explosion of a missile shortly after launch, without casualties.

“On July 18 at approximately 9 a.m. (EDT) a Standard Missile-2 (SM-2) test missile exploded after suffering a malfunction as it was fired from the guided-missile destroyer USS The Sullivans (DDG-68) during a planned missile exercise off the coast of Virginia,” reads a statement from the Navy. 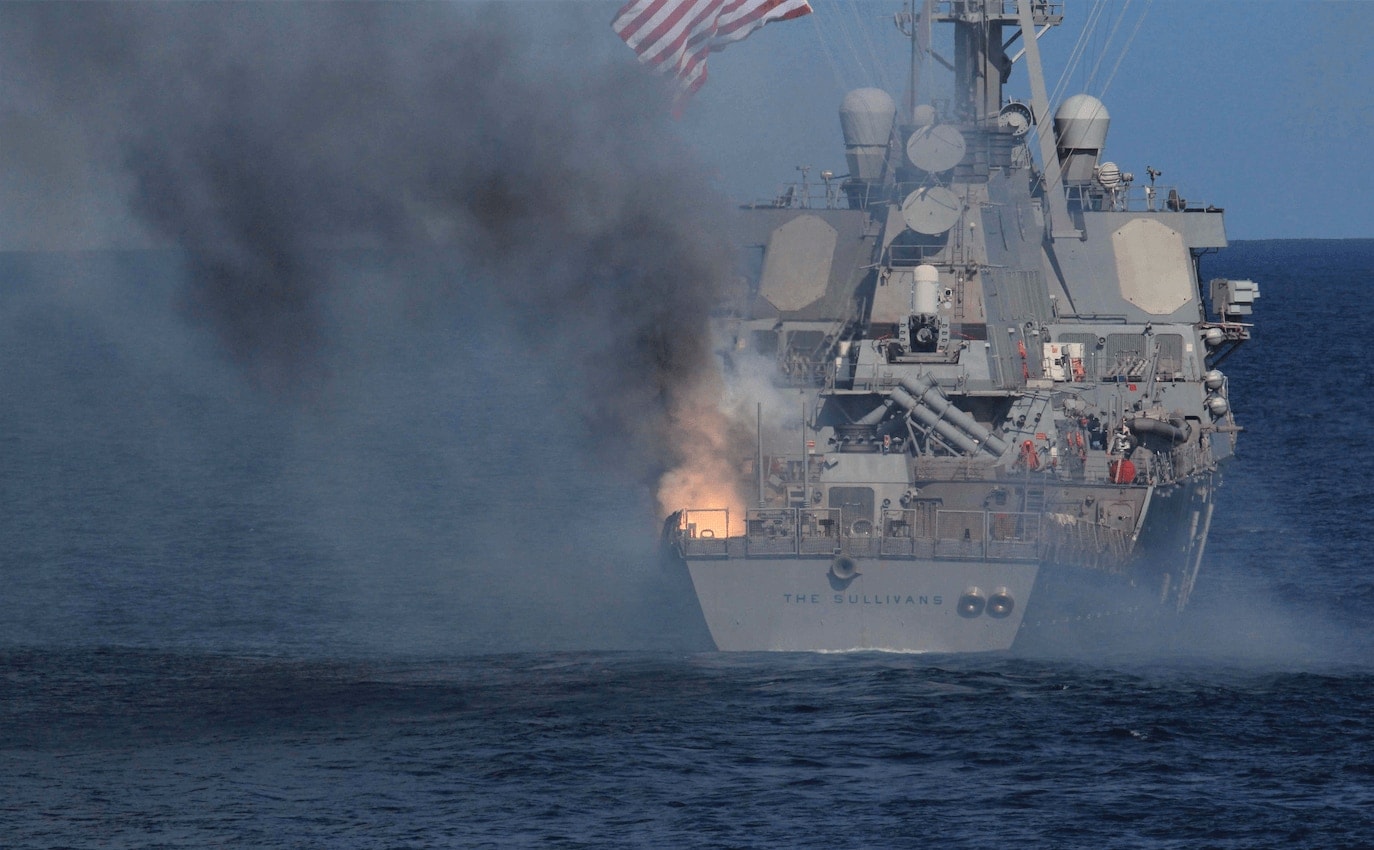 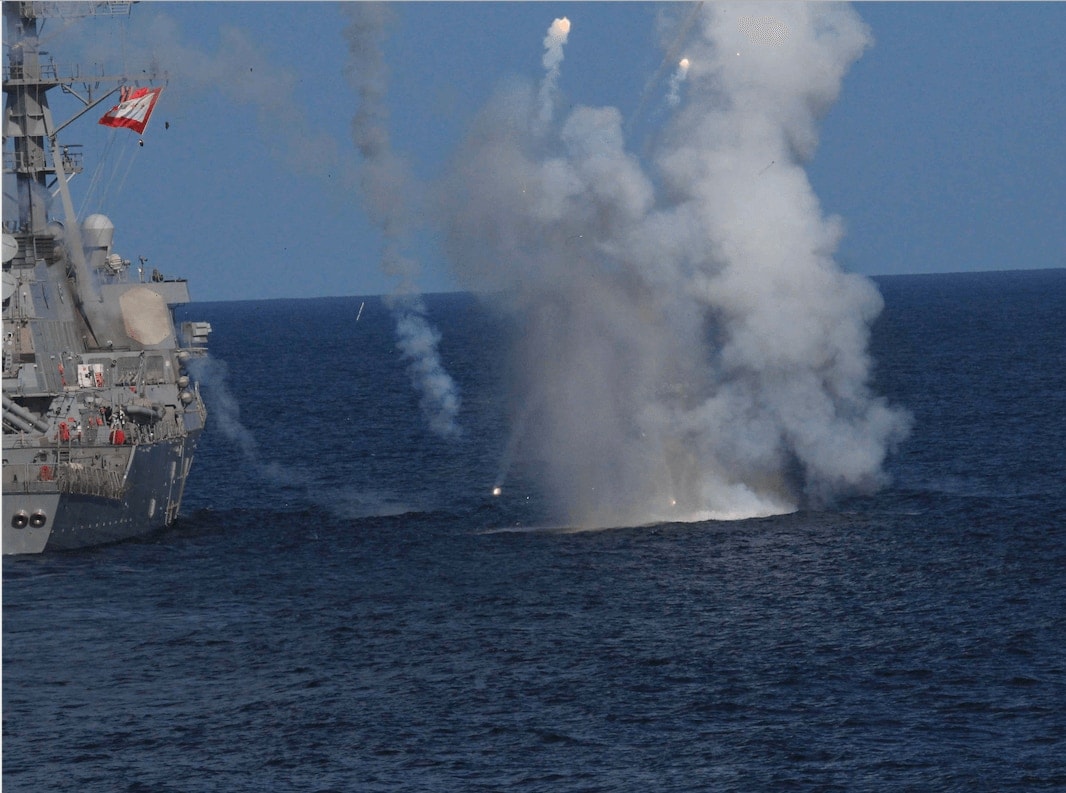 There were no injuries suffered by the crew although the ship returned to Norfolk for assessment of topside damage following the shower of flaming debris from the destruction of the 1,558 pound missile, whose blast-fragment warhead was not active.

The SM-2 is a medium-long range shipboard surface-to-air missile that has an secondary surface strike capability and the destroyer can carry as many as 90 of the weapons in her vertical launch tubes.

According to the missile’s manufacturer, Raytehon, the SM-2 has, “an extensive area- and self-defense flight test history with more than 2,500 successful flight tests from domestic and international platforms.” 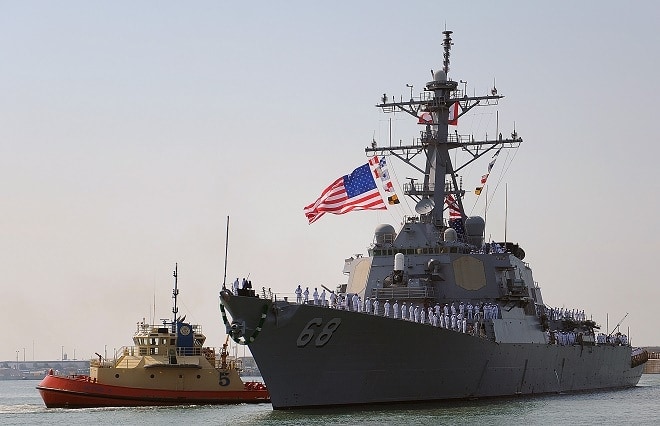 USS The Sullivans in 2013 returning to port. 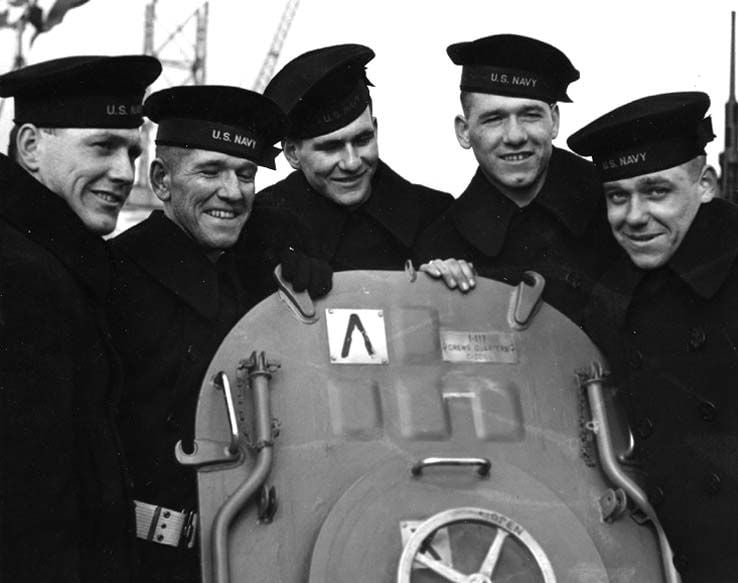 The Sullivans is named for the five Sullivan brothers, Joseph, Francis, Albert, Madison and George, who were all killed in 1942 when their ship, the light cruiser USS Juneau, was sunk in combat with the Japanese during the Battle of Guadalcanal.