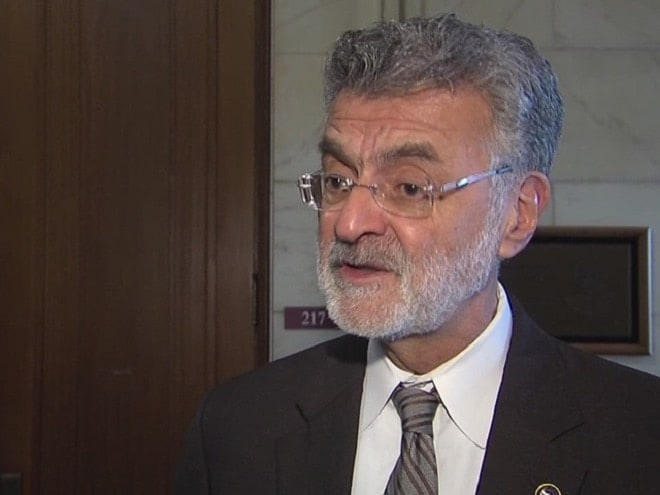 Mayors Against Illegal Guns member Frank G. Jackson, the Mayor of Cleveland, has long backed a number of gun control measures that some argue are in violation of state law. (Photo: News Net 5)

In violation of a new city ordinance banning the sale of firearms without informing police, a gun rights group is planning to make their voices heard even if it results in being arrested.

Earlier this year the city passed a series of anti-gun measures. These included establishing a gun registry similar to those used to track sex offenders and requiring the reporting of both personal firearms transfers and lost guns to the police. This led to a prompt lawsuit against the city citing violations of Ohio’s preemption laws.

Going a step past litigation, Ohio Carry, a state gun rights organization, is planning to assemble at City Hall the day the ordinance goes into effect and engage in a little civil disobedience by conducting private party sales without informing the Cleveland Police Department.

“This event is to show not only the city of Cleveland, but any other city in Ohio who might be thinking of doing the same– that we will not comply with illegal laws; that we will not be bullied into compliance for political agendas,” Ohio Carry President Brett Pucillo told Guns.com. “This is our civic responsibility, and we will make our voices heard.”

Pucillo cautions members that, while they may face arrest, Ohio Carry is mounting a peaceful protest and will follow up on any arrests made with civil lawsuits.

The tactic of non-compliance has become very popular with Second Amendment advocates in recent years.

When Colorado adopted a ban on the transfer of magazines capable of holding more than 15 cartridges, gun activists staged a magazine swap at the state capitol.

The next year, gun rights groups in New York, faced with a mandate to register an expanded definition of assault weapons under the SAFE Act, burned their registration forms en masse. Far from being symbolic, when New York State Police released the data of how many guns had actually been registered, the numbers were underwhelming.

Earlier this year, following the expansion of background checks on firearms sales to include virtually all transfers, gun groups in Washington put on a “liberty market and gun show” in which private sales without a background check were both encouraged and expected.

The Ohio Carry event is set for Nov. 1 at Cleveland City Hall.