'Krusher' Kovalev to box with ammo-branded trunks after all 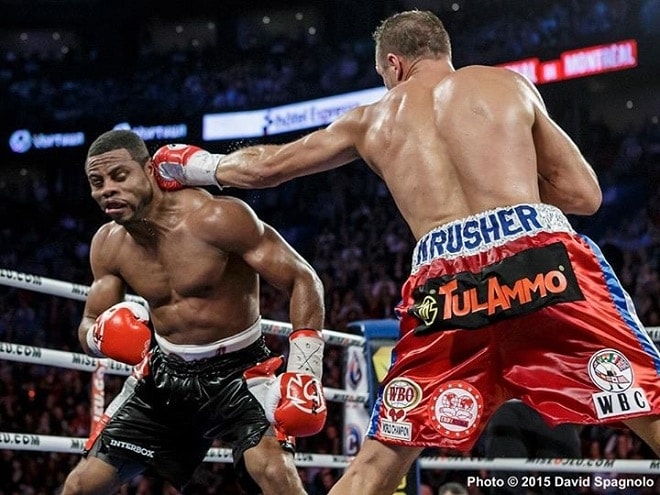 HBO officials confirmed to Guns.com that there would not be an issue with boxer Sergey “Krusher” Kovalev’s Tulammo-branded trunks in Saturday’s upcoming title bout.

Despite a blooming controversy over his ring attire, which includes the name of sponsor Texas-based Tulaammo company, both the network and Tula confirm he will not be prohibited as previously reported from entering the ring in Las Vegas this weekend with the logo intact.

“It didn’t happen,” said Stallone. “HBO never made a request or demand.”

As for Tulammo, who had originally reported Wednesday the cable network was pushing to strip the logo from Russian-born Kovalev’s shorts, as they did not want him promoting a “war related product,” was claiming victory on their social media page.

“We are happy to announce that Sergey Kovalev will be wearing the Tulammo logo on his trunks this Saturday night for his fight on HBO Boxing!” reads a post made late Thursday.

The Russian boxer has long held ties to the ammunition vendor, appearing at the company’s booth during the annual Shooting Hunting Outdoor Trade Show in Las Vegas earlier this year.

The trade group behind SHOT, the National Shooting Sports Foundation, earlier called out HBO over their apparent hypocrisy for broadcasting a catalog of original programming such as True Detective, The Wire and The Sopranos, which depict graphic violence and misuse of firearms while drawing the line at allowing a boxer to wear gun industry sponsored logos.

The group welcomed the news that Kovalev could wear the trunks moving forward.

“NSSF was informed by Tula USA this week that HBO had told the fighter that he would not be allowed to wear the Tula logo on the trunks,” Lawrence Keane, NSSF senior vice president and general counsel told Guns.com Friday. “We are pleased to learn that HBO will now allow the fighter to wear the logo.”

Kovalev, the reigning unified WBA, IBF, and WBO light heavyweight champion, is set to defend his title against IBF mandatory challenger Nadjib Mohammedi of France this Saturday which will be broadcast live on cable and satellite by the network from Mandalay Bay.