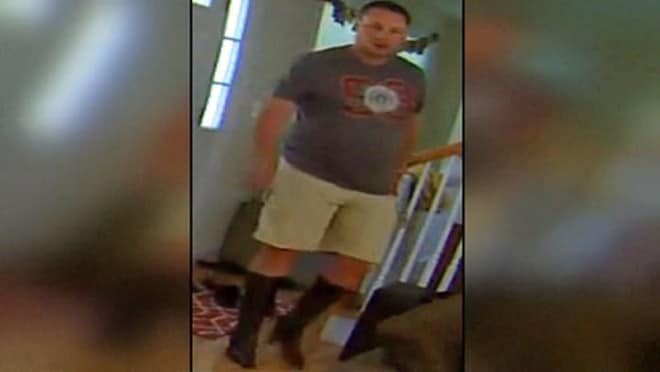 The mailman may seem like a nice enough guy… until he’s caught on surveillance video trying on your lady’s clothing, that is. Or at least that was one woman’s experience in Dover, New Hampshire.

The homeowner, who did not want to be identified, recently had a motion-sensitive security system installed in her home. When the cameras are activated, she immediately receives an alert on her cell phone.

But when she received an alert Wednesday morning, she was shocked at what she saw: Her mailman walking around inside her home, wearing her knee-high, high-heeled boots.

Now Richard Ringer, 39, has some explaining to do, as well as a new arrest record.

Authorities believe this wasn’t the first time Ringer had unlawfully entered the home either and are concerned that there may be other victims.

“That’s one of the reasons to get this story out there – not just to talk about what a strange story it is,” Dolleman said. “It’s to see, do we have other victims out there?”