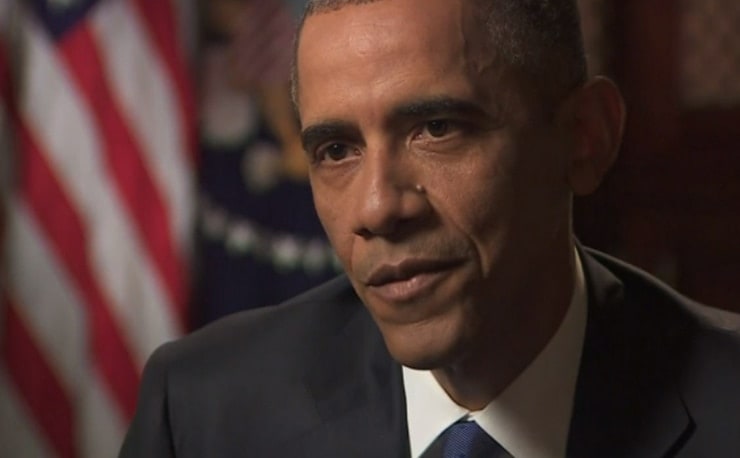 In an interview with the BBC, President Barack Obama said his failure to pass “common sense gun safety laws” has been the greatest frustration in his presidency, but vows to keep fighting.

“If you ask me where has been the one area where I feel that I’ve been most frustrated, most stymied, it is the fact that the United States of America is the one advanced nation on earth in which we do not have sufficient common sense gun safety laws even in the face of repeated mass killings,” the president said, hours before a gunman opened fire in a movie theater in Louisiana killing two people and injuring nine.

“If you look at the number of Americans killed since 9/11 by terrorism it’s less than 100. If you look at the number killed by gun violence, it’s in the tens-of-thousands,” he said. “And for us not to be able to resolve that issue has been something that is distressing but it is not something that I intend to stop working on in the remaining 18 months.”

His words echo previous statements about gun violence in which he has referred to countries like Australia, which drastically changed its gun laws after a mass shooting in 1990s. Supporters of the measure point to the reduction in gun deaths, including suicides, and the lack of other mass killings, but critics say it opened the country up for increased crime.

According to statistics from the Australian Bureau of Statistics, since the measure was implemented in 1996, crime rates did not immediately change. Although robberies appear to have peaked in 2001, they dropped and plateaued. And homicides overall appear unchanged.

The topic of guns has been a controversial issue for Obama, who has been public enemy number one for the National Rifle Association. The gun lobby and others like it have had a long running campaign targeting the president’s policies on guns, whether or not there’s a tangible effort on his part to develop them.

But that fear of stricter gun laws by gun owners has spurred a surge in gun sales since Obama took office in 2009 despite little to no effort to push legislation in his first term. However, shortly after the 2012 election, he did push for stricter federal gun laws in response to the mass killing of 20 first-graders and six educators at an elementary school in Connecticut.

Correction: We originally reported the Louisiana shooting resulted in nine dead, but only two were killed and nine injured.