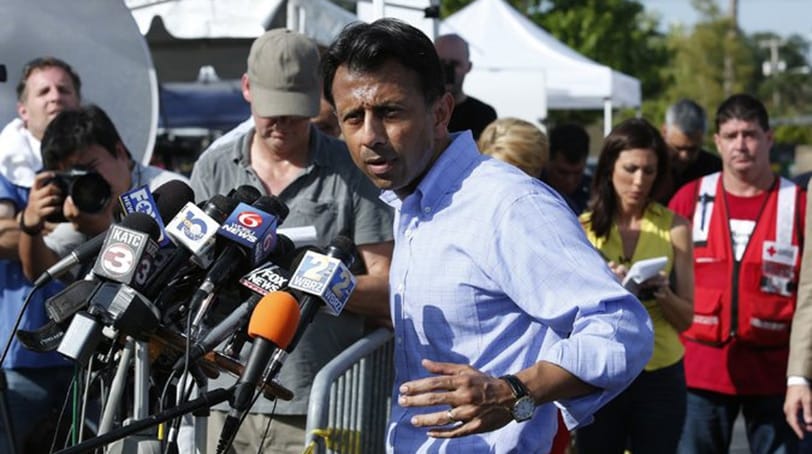 Gov. Bobby Jindal of Louisiana spoke to reporters on Friday, the day after two people were killed in a shooting at a movie theater in Lafayette, La. (Photo: Getty Images via The New York Times)

The governor previously said any conversation about gun control should wait to give the victims’ families space to grieve, The Times-Picayune reported.

“I’m sure folks will try to score political points off this tragedy, as they have tried to do off previous tragedies,” Jindal said during a press conference Friday. “It hasn’t even been 24 hours. Let’s focus on these families.”

The Louisiana chapter of Everytown for Gun Safety’s Moms Demand Action for Gun Sense in America weighed in on the tragedy with a statement issued Friday from a gun violence survivor and volunteer, who lauded Jindal’s call for gun control in other states but chided the governor for the state’s background check loophole.

“Louisiana is the most dangerous state in the country when it comes to gun violence with a gun murder rate nearly three times the national average,” said Sara Cusimano. “We are still one of the states that has, shamefully, not closed the background check loophole — which means criminals, felons and the dangerously mentally ill can buy guns here, no questions asked. Let’s keep holding other states accountable for their lax gun laws – but let’s also take a good, hard look in the mirror and consider how Louisiana can put safety of Louisianans ahead of gun lobby interests right here at home.”