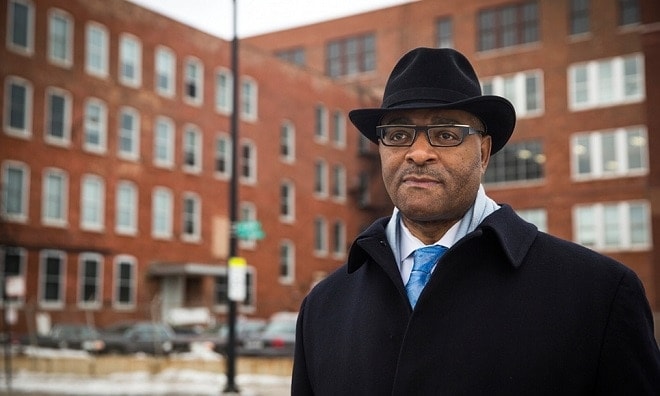 Richard R. Boykin intends to introduce legislation that could bring a Gun Czar and a gun task force to Chicago this week. (Photo: Chandler West/The Guardian)

Cook County Commissioner Richard R. Boykin has proposed a seven-point plan to tackle gun violence in Chicago that has claimed 259 so far this year.

Boykin announced his plan last week at an assembly of elected officials, clergy, and community organizations. The first term commissioner detailed a mix of social programs such as parenting workshops and job training, with increased penalties for those with illegal firearms. A key player in this proposal would be a coordinator tasked with guns as their number one job.

“An entire population is dealing with a heightened risk of annihilation, and we must act now,” said Boykin in a statement. “That is why the appointment of a Gun Violence Czar, along with a task force committed to immediate reduction of gun violence, is so urgently needed.”

Boykin painted this new position as a liaison to keep those with an interest in reducing deaths in Chicago on the same page.

“We need an individual who will attack this problem with the laser focus that it demands, by coordinating with the local, state and federal government agencies to ensure that our resources are focused on protecting endangered communities,” said Boykin.

The commissioner cited information from the Cook County Medical Examiner dating back to 2013 that detailed 445 people in the city of Chicago were killed by gunshots last year, an increase from prior years with some 80 percent of those African American, though blacks comprise only 25 percent of the county’s population.

“We have more shootings in Chicago than in New York and L.A. combined. And part of it is New York has made carrying a gun illegally kryptonite,” said Boykin, as reported by the Sun Times.

Two further proposals, that of charging those using guns in crime with domestic terrorism and expanding gun buyback programs are likely to be more controversial.

Boykin is seeking to introduce a new ordinance appointing a Gun Violence Czar and establishing the Gun Violence Task force at the July 29 meeting of the Cook County Board of Commissioners.