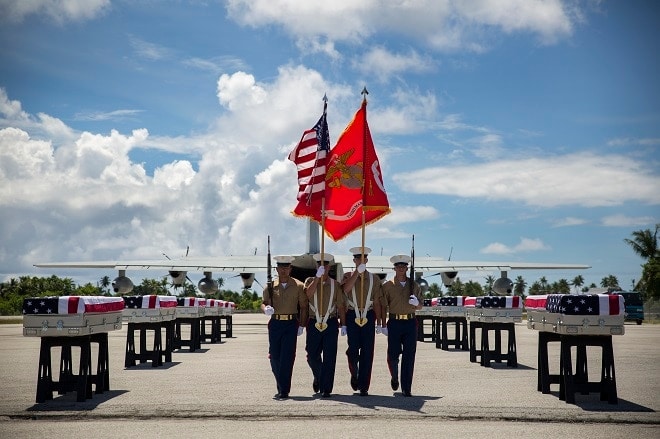 A 3rd Marine Regiment color guard takes its place, July 25 during a repatriation ceremony in Tarawa, Kiribati. The ceremony honored the remains of 36 Marines who fought and died during the Battle of Tarawa during World War II. (Photo: U.S. Marine Corps/Cpl. Matthew J. Bragg)

Thirty-six caskets holding the remains of U.S. Marines killed in the 1943 Battle of Tarawa were returned from battlefield interment last weekend.

The men, killed in the epic 76-hour Battle of Tarawa on the heavily defended island of Betio were recovered recently through the efforts of non-profits and the Defense POW/MIA Accounting Agency.

The Marines, each in a flag shrouded casket, were transferred to a contingent from the 3rd Marine Regiment during a repatriation ceremony in Tarawa, Kiribati on Saturday. Reverently loaded onto a Marine KC-130J Hercules, they were flown to their home country for the first time in more than 70 years.

Upon arrival at aboard Joint Base Pearl Harbor-Hickam, Hawaii, they were further honored as they were unloaded for identification and final burial.

Among the remains is believed to be 1st Lt. Alexander Bonnyman, a posthumous Medal of Honor recipient from the battle.

“Today provides for us the opportunity to bring home some Marines who were lost here during the Battle of Tarawa over 70 years ago,” said Maj. Gen. Richard P. Simcock, 3rd Marine Division commanding general. “Those Marines that gave their lives and ensured our way of life continued here in the Pacific were fully expected to come home, but it didn’t work out that way. Today we’ve filled that obligation for those Marines.” 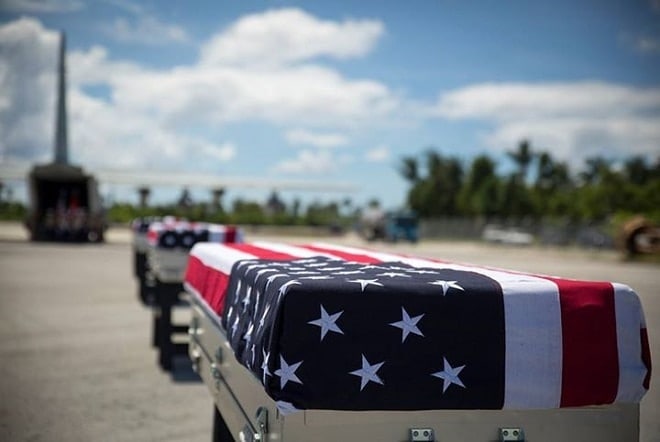 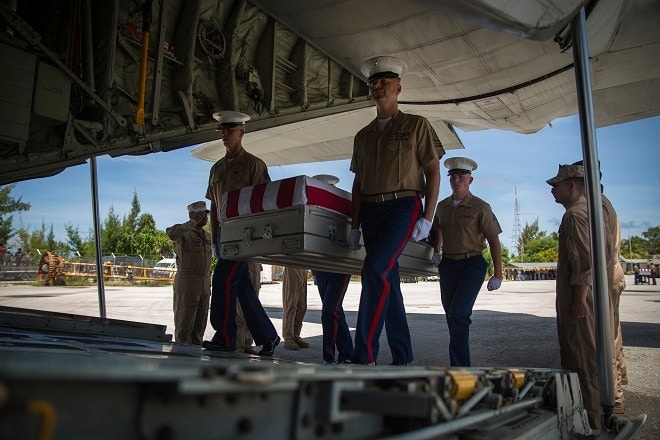 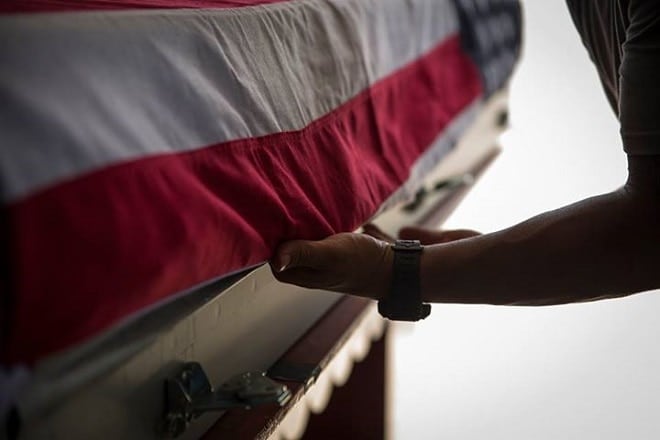 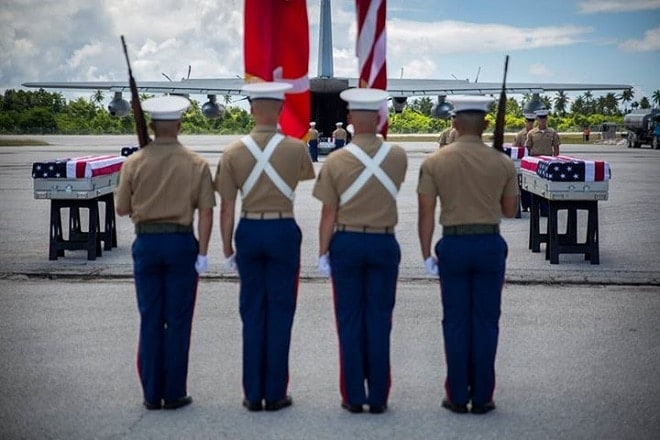 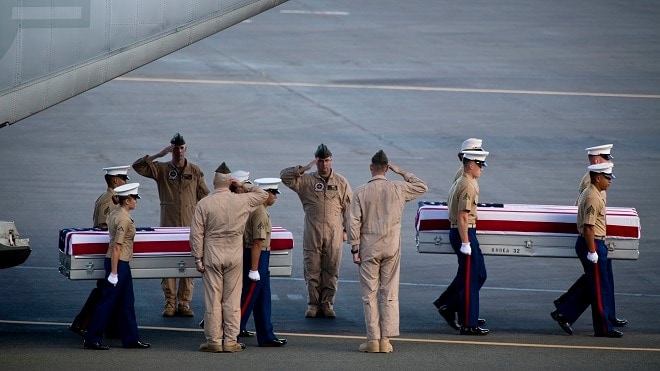 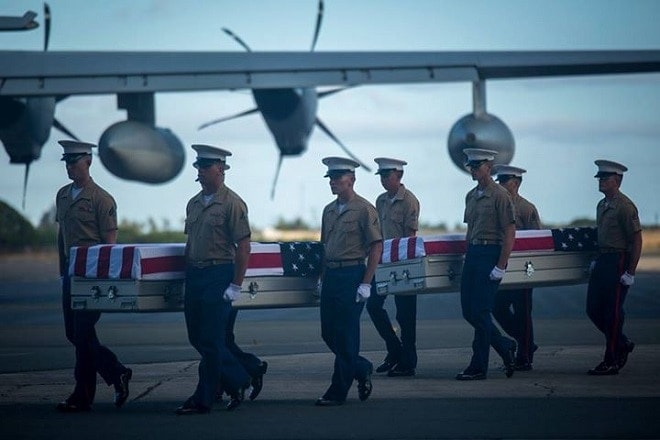 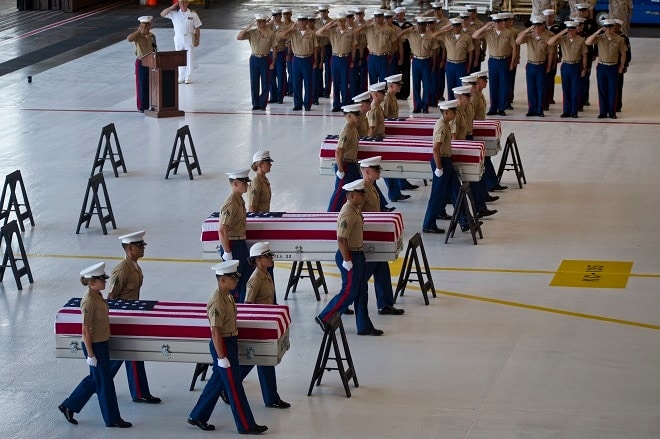 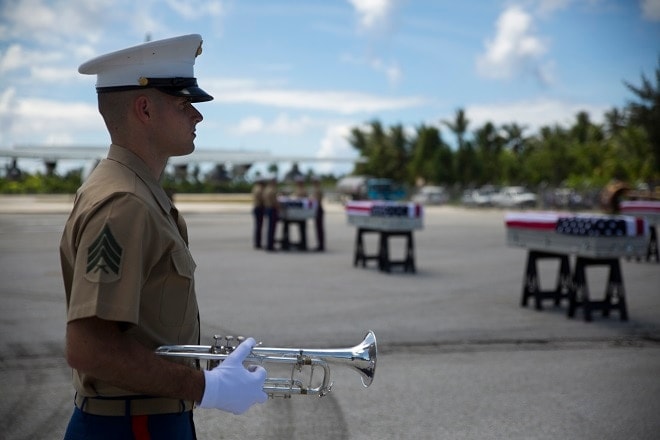 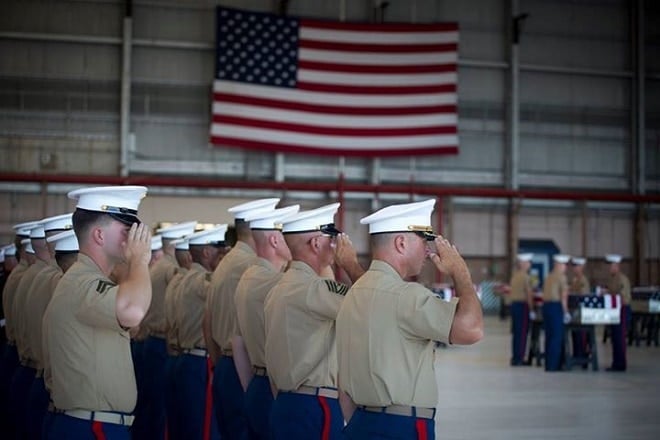 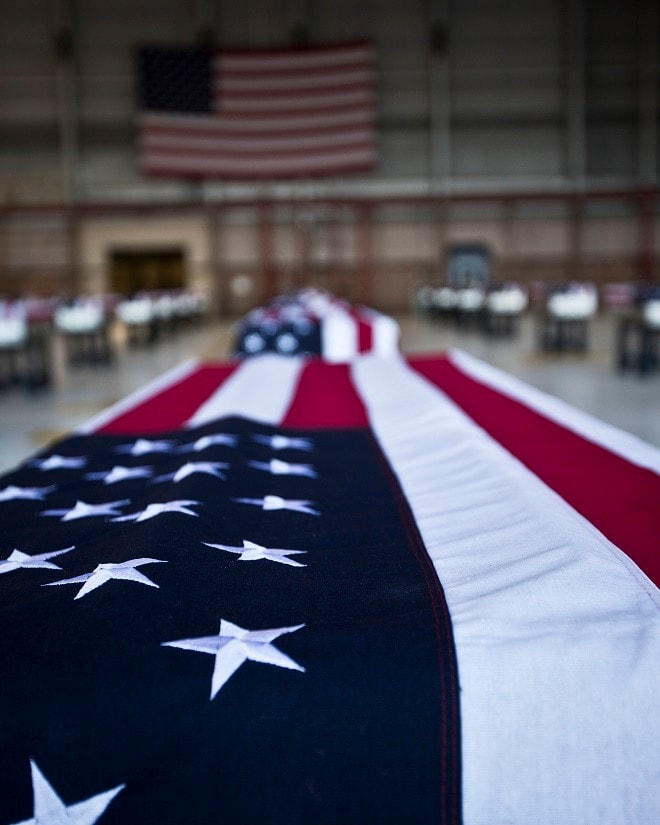 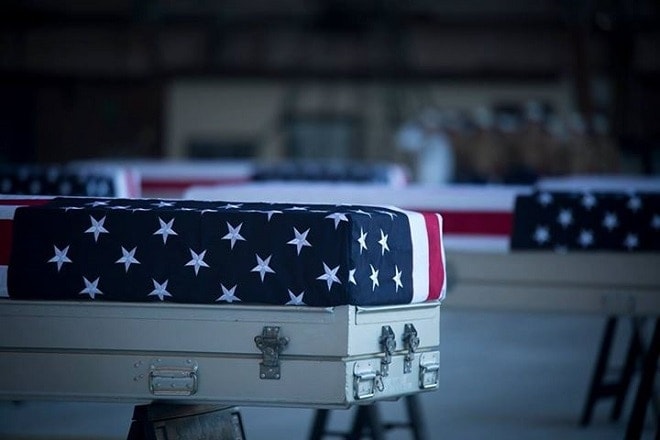 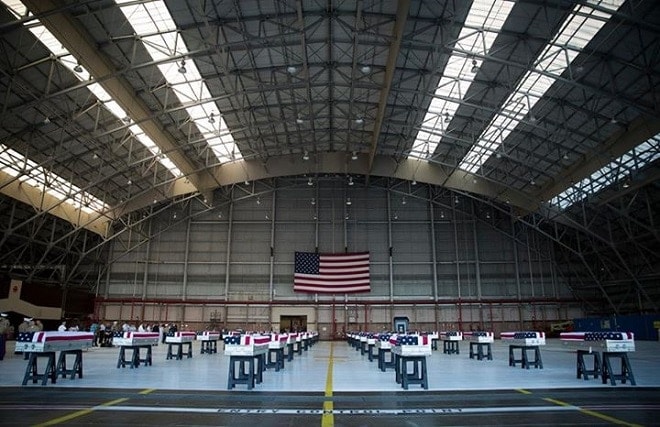