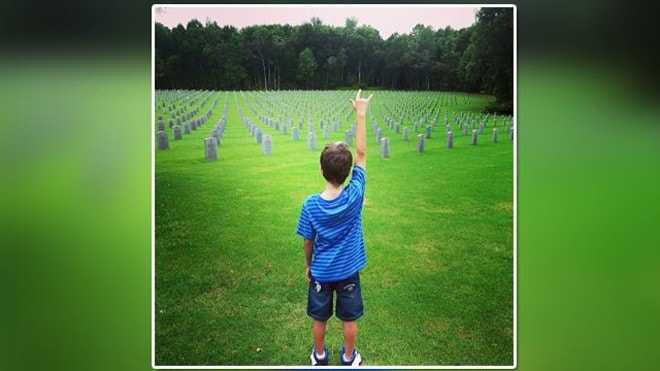 When a Florida mom recently took her 10-year-old son to the Florida National Cemetery in Bushnell, he heart melted when she saw what he did as they were leaving.

Barbie Groome said she brought her son, Darren, to the cemetery several years ago, but he was a little too young to understand the full meaning of the memorial. But with recent events, Barbie felt maybe it was time for another trip to the cemetery.

Groome said Darren was shocked at the sheer number of burials at the cemetery.

“He was in awe,” she said, “And learned about who served and fought for our freedom.”

After spending some time there, as they were leaving Groome asked her son if he would like to show them gratitude for the soldiers who lost their lives. Darren, who is hearing impaired, turned to the rows of burials and blessed the soldiers with the sign language symbol for “I love you.”