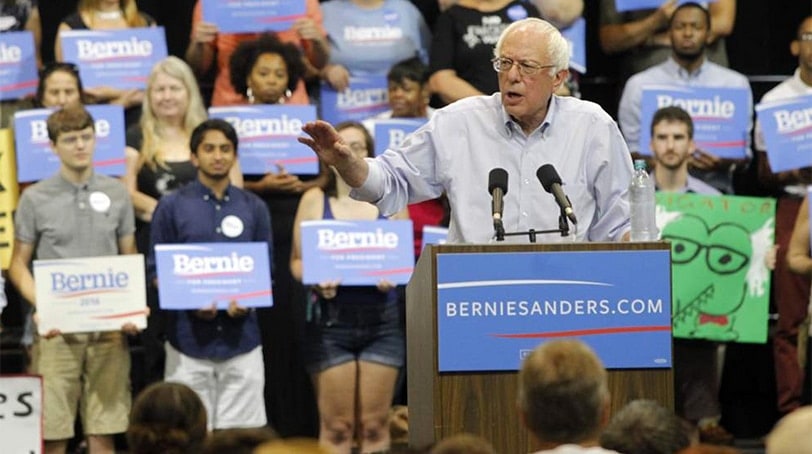 In the wake of a movie theater shooting in Lafayette, Louisiana, last week, Independent presidential hopeful Sen. Bernie Sanders toured the state and, among other things, called for a consensus on common sense gun control.

Sanders spoke to a crowd of some 4,000 people in Kenner Sunday night, just a two hour drive from where a gunman opened fire, killing three people and injuring nine others Thursday.

In light of that recent shooting and others, Sanders said from New Orleans during an interview with NBC’s “Meet the Press,” universal background checks should be implemented.

“But coming from a rural state, I think I can communicate with folks coming from urban states where guns mean different things than they do in Vermont where it’s used for hunting,” Sanders said. “That’s where we’ve got to go. We don’t have to argue with each other and yell at each other. We need a common sense solution.”

Sanders reiterated his position on background checks, saying the gun show loophole needs to be closed and guns should be kept out of the hands of criminals and domestic abusers.

“People should not have guns who are going to hurt other people, who are unstable,” Sanders said. “Second of all, I believe certain kinds of guns used to kill people – exclusively not for hunting – they should not be sold in the United Sates of America.”

Media reports revealed the Lafayette shooter, John Russell Houser, had a restraining order placed against him in 2008.