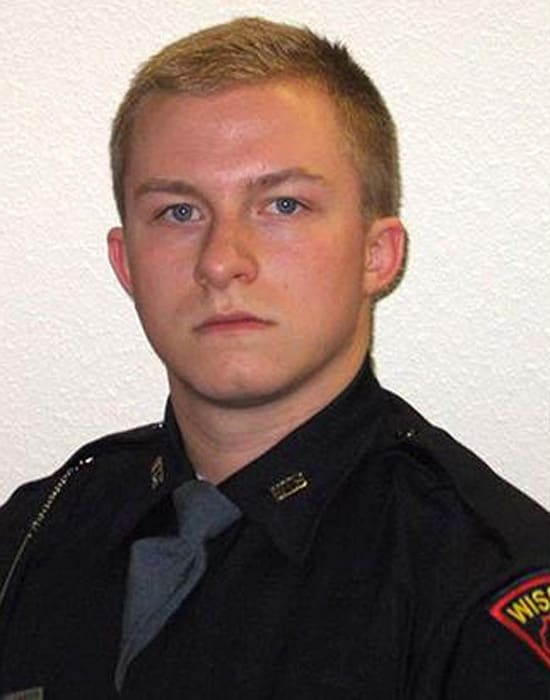 A recently released report on an officer-involved shooting earlier this year in Fond du Lac, Wisconsin, revealed a rookie trooper and a suspect – who were both killed – exchanged nearly two dozen rounds in under 20 seconds.

“Trevor Casper did more in 17 seconds than most will do in a lifetime and is undeniably a hero,” Fond du Lac County District Attorney Eric Toney said in a news conference Thursday.

Casper, a 21-year-old Wisconsin State Trooper who was on his first solo shift when the March 24 shooting occurred, located and followed Steven Snyder, who was wanted for a robbery at a Wausaukee bank a few hours prior, the Journal Sentinel reported.

During the robbery, Snyder, who had an extensive criminal history and was believed to have robbed nine other banks in three different states, stole a vehicle belonging to a bank employee, but later came in contact with Thomas Christ, 59, who Snyder fatally shot. Snyder abandoned the bank employee’s vehicle near Christ’s property and fled in a rental car. Authorities believe an altercation between the men may have occurred after Christ confronted Snyder about being close to his property.

Casper, who was waiting for backup, never turned on the lights or siren on his patrol car, but continued to follow Snyder without attempting to stop him. However, at some point, while still in his car, Snyder opened fire on the officer. An exchange of gunfire ensued and, although it only lasted about 17 seconds, a total of 21 shots were fired – nine from Snyder and 12 from Casper.

Both men were killed, and Toney called Casper’s actions “no doubt” justifiable.

After the shooting, authorities discovered Snyder was armed with a Glock .40-caliber pistol, an FN Herstal 5.7 semi-automatic pistol and nearly 150 rounds of ammunition. Police also found a signed manifesto in Snyder’s car stating, “his willingness to die, desire to die while fighting, and lack of regret for his illegal actions,” the report revealed.

Snyder’s wife previously warned authorities she believed he would disappear and “if police officers showed up, he would come out shooting.”

“Trooper Casper was able to take out a threat that was prepared to inflict more devastation on the citizens of Fond du Lac,” said Col. Brian Rahn of the Wisconsin State Patrol.