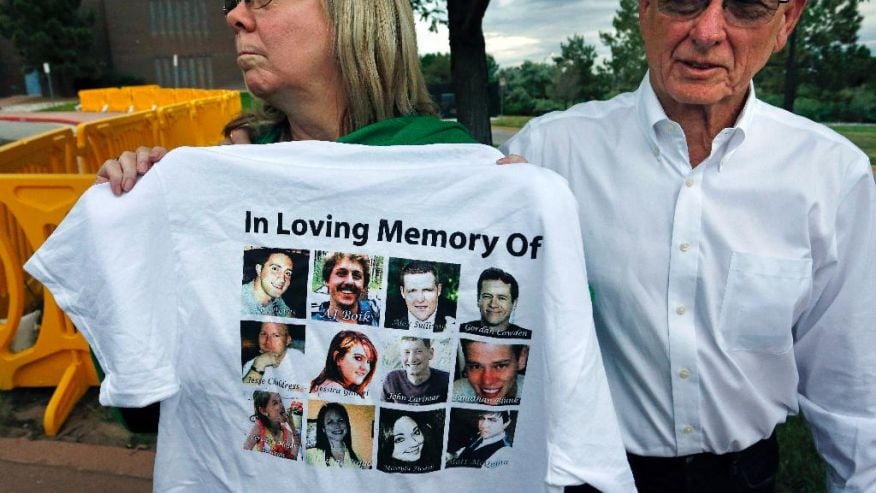 Lonnie and Sandy Phillips, whose daughter Jessica Ghawi was killed in the 2012 Aurora movie theatre massacre, talk with members of the media outside the county court following the day of closing arguments in the trial of theater shootings defendant James Holmes. (Photo: The Associated Press)

While James Holmes awaits sentencing for massacring 12 people and wounding 70 others at an Aurora movie theater in 2012, a majority of Colorado voters oppose tougher gun control laws, according to the results of a Quinnipiac University poll released Monday.

Democrats, however, supported tougher laws 76-19 percent, according to the poll.

Some 69 percent of men oppose tougher gun control laws, while 51 percent of women support them.

An overwhelming percentage of Colorado voters, 67, would like to keep the state’s death penalty in place and only 26 percent said they would like it replaced with life in prison.

“With James Holmes awaiting sentencing for the movie theater massacre, there is barely a thread of sentiment in Colorado for abolishing the death penalty,” said Tim Malloy, assistant director of the Quinnipiac University Poll.

Holmes was found guilty July 16 on all 165 charges brought against him and could face the death penalty.