Every Marine is a Carbineman: USMC may switch to M4 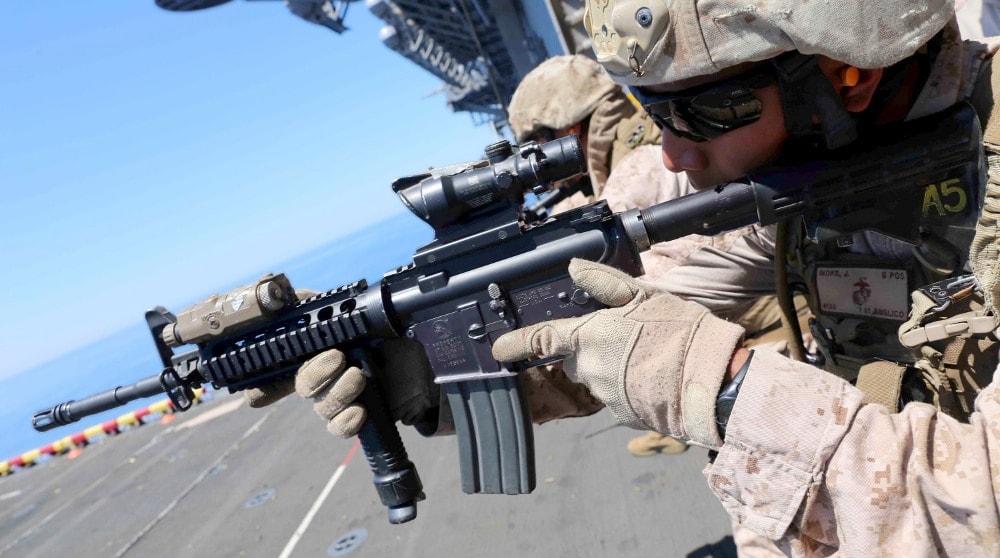 Marine Corps leaders have made the long-awaited proposal to adopt the M4 carbine as the standard Marine infantry rifle. The recommendation wouldn’t completely phase out the currently-standard M16, but it would push the archetypal rifle into a support role.

This follows in the Army’s footsteps, which began the transition to M4s more than 20 years ago. The M4 is in use with the Marines for select roles and is issued to officers as well.

“The carbine is a great weapon system for its time,” said Chief Warrant Officer 5 Vince Kyzer to The Marine Corps Times. “It will increase the war fighter’s lethality and mobility.”

The M16, with its 20-inch barrel, was developed for fighting at longer ranges than the distances that the majority of engagements take place within today. The M4 has a 14.5-inch barrel and shortened handguards and gas system, which also has the benefit of shaving nearly a pound of the weight of the base rifle.

The joint recommendation was written by Marine Corps spokesman Maj. Anton Semelroth, representing five major commands endorsing the proposal, acknowledging the present-day realities of combat. Infantrymen are expected to fight in close quarters as a standard, as well as be able to exit vehicles and get into a fighting position as quickly as possible, both situations where a longer, heavier rifle is not only unnecessary, it can be a liability.

It’s not just the shorter barrel and weight reduction that makes the carbine more maneuverable. Instead of the M16’s fixed stock the M4 uses an adjustable stock, which can be lengthened to suit Marines of different sizes and collapsed to accommodate body armor. While it doesn’t have the reach of the M16, it’s a more versatile rifle in all other respects.

And loaded with MK318 SOST — Special Operations Science and Technology — ammunition, the M4 has proven to be effective out to ranges that can exceed the Army’s M855 ammo, which does not have the same ballistics or terminal effect as the open-tip match round.

The M4 will be issued with Trijicon ACOG optics wherever possible, designated Rifle Combat Optics or RCOs, which are magnified 4x riflescopes. These will also give the Marine infantrymen an advantage at longer ranges, even if projectile velocities are a little lower. Accuracy above all counts first.

“The Marine Corps conducted an evaluation of its individual weapons (M4, M27 and M16A4), with specific focus on comparing accuracy, shift of impact and trajectory with improved ammunition, and determined the M4’s overall performance compares favorably with that of the M27 IAR, the most accurate weapon in the squad,” Semelroth said. 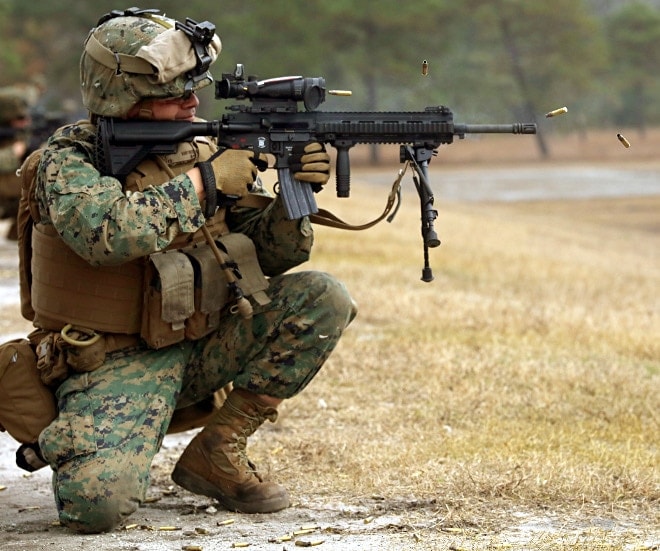 Issued side-by-side with the M27 IAR, the military version of the Heckler & Koch HK416, which is used both as a light machine gun and can do double duty as a designated marksman’s rifle, the Marines’ effectiveness at longer ranges isn’t particularly in question.

One thing that weighs heavily in favor of the decision to make the switch to the M4 is that the USMC already has the carbines in inventory. If the proposal is approved it would only be a matter of logistics to replace the 17,000 infantry M16s with the M4s currently in reserve.

The only major criticism about the decision is its timing. Marines and troops everywhere have been making the case for the M4 in place of the M16 for years, and it’s only now as combat draws down that the USMC is seriously considering the transition.

Still, this isn’t the only step forward the Marines are considering while improving their effectiveness at close ranges. As time and funds allow, other advances are expected to be unveiled in the coming months.

These announcements may be as conventional as rifle improvements similar to the Army’s Product Improvement Program, which would incorporate heavier barrels and improved controls, or be as advances as the M4A1-Plus program that is considering free-floating modular handguard and accessory systems, match triggers and neutral color and camo schemes.

While the move to a compact rifle is a step forward, there are still many potential improvements available to the Marines should they make the decision to adopt the M4 carbine.