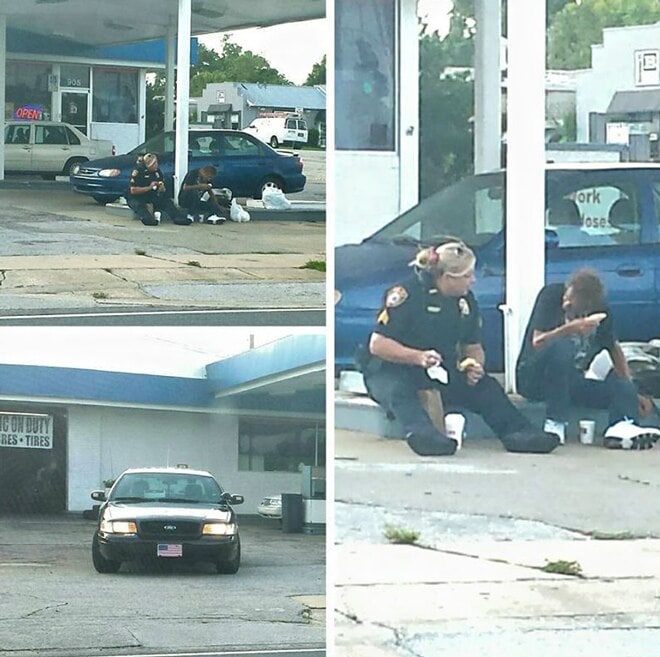 A police officer in Ocala, Florida, recently enjoyed breakfast with a homeless guy while sitting on the ground outside of a gas station, but what she didn’t learn until later was that a mother on the way to take her daughter to camp caught the good deed and snapped a photo.

“What really caught my attention was the fact she then pulled out food for herself and started to eat with him. She just seemed very, very comfortable,” said TiAnna Greene. “I got my phone out and started snapping pictures because I was so overjoyed by the interaction.”

Greene said she used the opportunity to teach her 7-year-old daughter a valuable lesson. She told her that was a true sign of compassion.

The officer was later identified by the Ocala Police Department as Sgt. Erica Hay, who downplayed the kind gesture. She said she was on her way to get some breakfast when she saw the man and decided to grab him some grub too.

“He was just there by himself alone, so I just grabbed food and went back to eat with him. Nobody wants to eat alone,” she said.