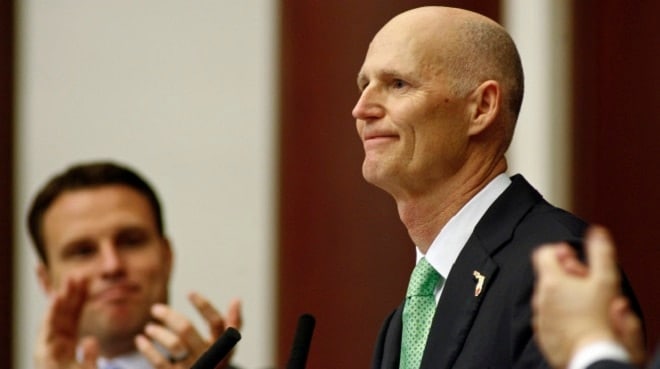 A federal court Tuesday rejected a request for rehearing over Florida’s law prohibiting health care workers from asking about their patient’s firearms, lifting a long-standing injunction.

A Miami U.S. District Court in what became known popularly as the “Docs vs. Glocks” case blocked the Firearm Owners’ Privacy Act, signed into law by Gov. Rick Scott (R) after passage by the state legislature in 2011.

Not satisfied with the decision, a group of physician lobby organizations represented by the Brady Center to Prevent Gun Violence asked for en banc review by the full Circuit of the panel’s finding.

The court on Tuesday told the plaintiffs in the case of Wollschlaeger v. Governor of the State of Florida, no, and rejected the review in a 152-page ruling.

The court pointed out that Florida’s law does not absolutely prohibit doctors from speaking about firearms – for instance, it allows health care workers to ask questions if they feel they are directly relevant to the patient’s medical care or safety. Anything else, the panel reiterated in the same 2-1 decision they held last year, was improper.

In a strong 74-page dissent, Wilson argued that the Florida law was not, as argued, about civil rights but about politics. He argued health care workers should be able to ask patients questions about their guns, and attempts to talk them out of firearm possession is free speech protected by the First Amendment.

“This law is not designed to protect Second Amendment rights because doctors have no authority – and have not used their private positions of power – to compel firearms owners to relinquish their weapons,” Wilson wrote. “This law is instead designed to stop a perceived political agenda, and it is difficult to conceive of any law designed for that purpose that could withstand First Amendment scrutiny.”

Gun rights advocates in Florida welcomed the news that the law enacted four years ago will finally be allowed to take effect.

“This decision is a big win for families who are tired of anti-gun politics in a doctors examining room,” Marion Hammer, president of the Unified Sportsmen of Florida and past president of the National Rifle Association, told Guns.com Tuesday. “We have said all along that this is not about the First Amendment, it’s about doctors providing medical care and not intruding in the privacy rights of gun owners.”

Hammer argues that guns are not a health care issue.

“We take our children to pediatricians for medical care, not moral judgment, or privacy intrusions – we go to address medical needs, not to be interrogated about gun ownership. The legislation is about helping families who are complaining about being questioned about gun ownership and the growing anti-gun political agenda being carried out in examination rooms by doctors and medical staffs,” Hammer said.

Guns.com reached out to the Brady Center for comment on possible further appeal to the Supreme Court, but did not receive a statement by time for publication.