FYI: Propane tanks are not allowed in carry-on or checked baggage.

Each week, the Transportation Security Administration confiscates hundreds of restricted items at airports across the country, then delights the general public by displaying some of the most interesting items on their blog. Among those making the most recent cut were propane tanks, a tomahawk, swords and knives of all sorts, grenades and, of course, guns. 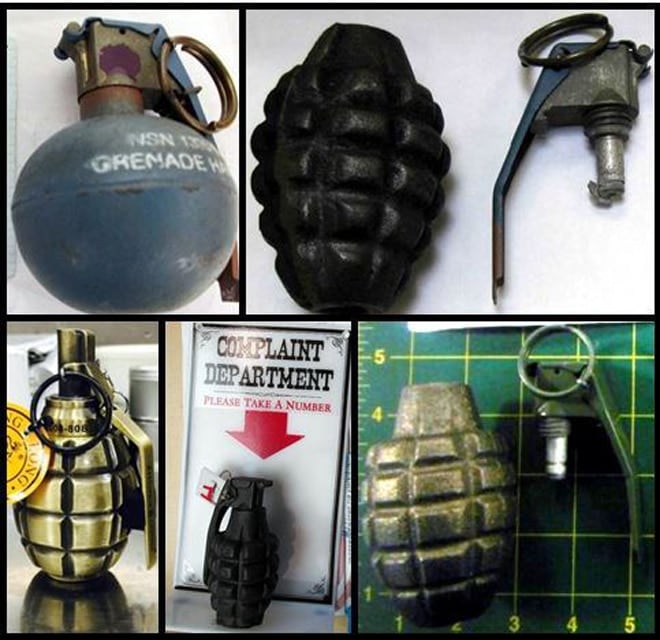 Grenades, even ones of the inert and antique variety, are a big no-no. 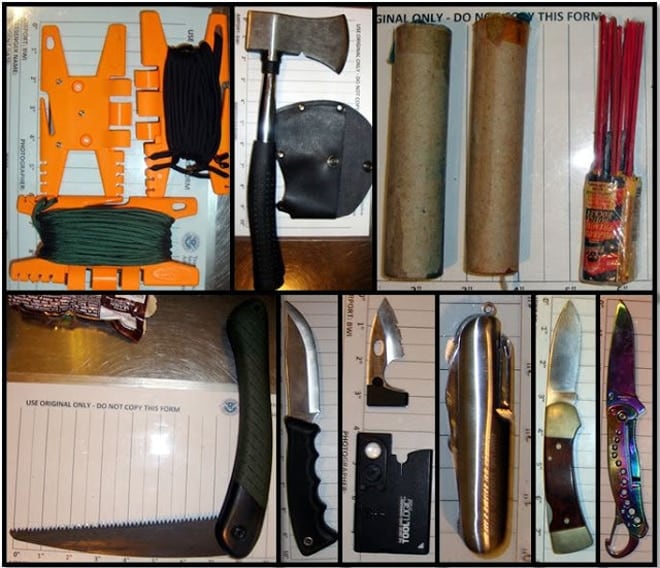 These items were all discovered on a single carry-on bag in Baltimore. Included were two smoke bombs, 12 bottle rockets, three paracord cutters, four knives, a hatchet, a folding saw and a credit card knife. 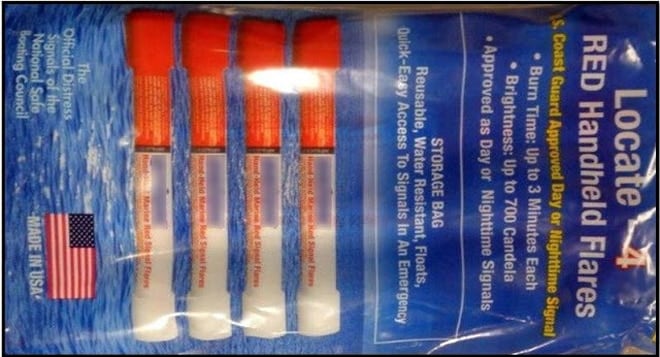 Flares are generally frowned upon by the TSA.

A tomahawk and an inert grenade. Sorry, the TSA says no.

Sure, fireworks are fun, but the TSA is not in the entertainment business. Swords, knives, hatchets, throwing stars, and yes, even batman ninja stars, are not acceptable at the airport. And then there’s guns…