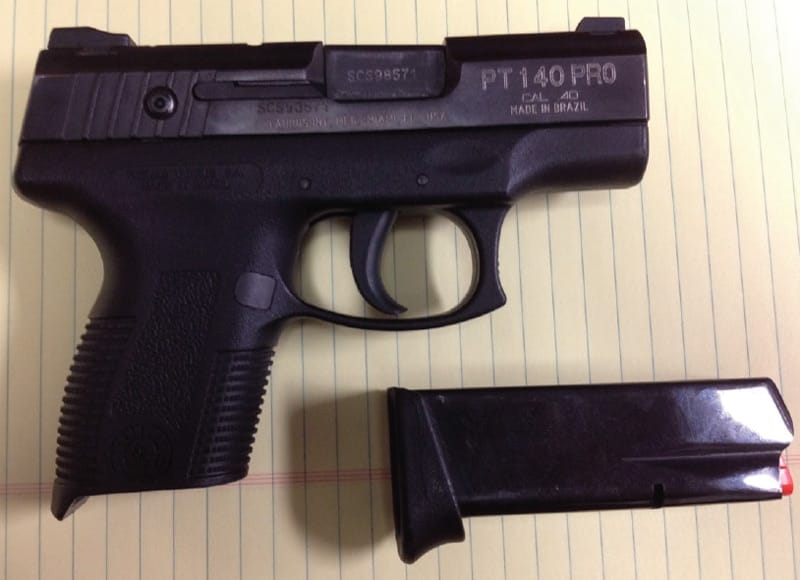 The gun that started it all. The affected pistols include nine models from the Taurus PT series. (Photo: U.S. Federal Courts)

A class action lawsuit over an alleged defective design by Taurus International Manufacturing, Inc. is on its way to a close and could cost the company up to $30 million, according to filings this month in a Florida federal court.

Details in the settlement, such as how to inform class members about it, are still being hashed out, but Taurus will soon have to publicize the settlement and invite those in the U.S. who own one of nine different handgun designs to submit a claim. Those who agree will exchange the gun for an unspecified sum.

According to a preliminary agreement filed in May, Taurus agreed to a settlement that would vary in price depending on how many class members submit a claim. The agreement lists four payment structures where the price per pistol changes depending on the total number of guns returned.

The price will fluctuate depending on the number of claims, so cash payouts could be as much as $200 per pistol or as little as $31, but the total amount paid will not exceed $30 million. Also, class representatives, meaning those who initially filed the lawsuit, will receive an incentive payment of up to $15,000. But class members have other options as well such as sending the pistol back to Taurus to repair the alleged defect.

When class members agree to the settlement, they also agree that they won’t file suit against Taurus for the alleged defect and Taurus does not have to admit that its design is defective. However, if class members opt out, they could pursue a separate lawsuit.

The settlement stems from a lawsuit filed by a sheriff’s deputy in Iowa in December 2013 after his gun accidentally discharged even though the manual safety was engaged and it had an internal drop safety, the lawsuit says.

The plaintiff, Chris Carter, had his Taurus Model PT-140PRO holstered, but it fell out as he pursued a suspect on foot. The gun dropped from the waist area, hit the ground and discharged, the lawsuit says. He said the trigger was never touched.

According to the deadlines and hearing dates listed with the case, a jury trial is scheduled for November.