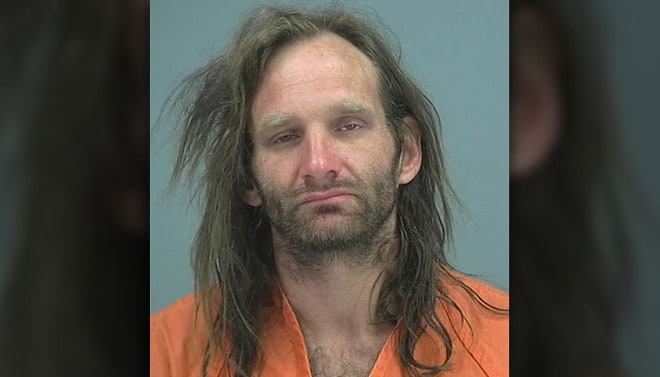 A 38-year-old man is facing a slew of charges after he attacked a man in the victim’s Tuscon home with a variety of weapons, including a venomous snake.

The incident occurred on July 23 around 9:30 p.m. when Nathaniel Buck Harrison – unwanted and uninvited – entered the victim’s home and accused him of being a rat and therefore sending his friend to prison.

Harrison told the 53-year-old victim that he was going to kill him before he began assaulting him with a wooden board. But a wooden board wasn’t the only thing in Harrison’s bag of tricks. Apparently he brought along a rattlesnake and tried to get the snake to bite the victim. However, the snake refused to cooperate. Harrison then made the victim kneel on the floor and fired a shot from a .45-caliber handgun into a speaker box near the victim’s feet.

When the Pinal County Sheriff’s Office arrived on the scene after receiving a call from an unknown individual about shots being fired, there was a brief standoff with Harrison before he was taken into custody.

Harrison was charged with endangerment, aggravated assault, criminal trespassing, disorderly conduct with a weapon, possession of a deadly weapon during the commission of a felony offense, unlawful discharge of a firearm and threatening and intimidating. He is being held with a $50,000 bond.

Pinal County Sheriff Paul Babeu said this is the only known case of assault by snake. 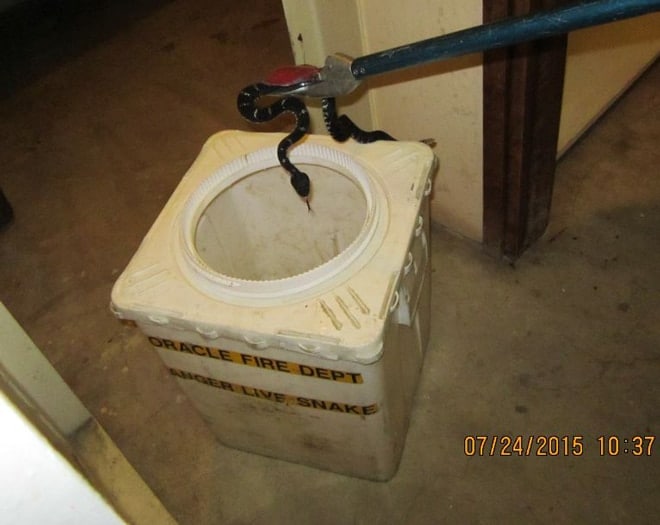