Pistol packing preacher shoots burglar, then prays with him 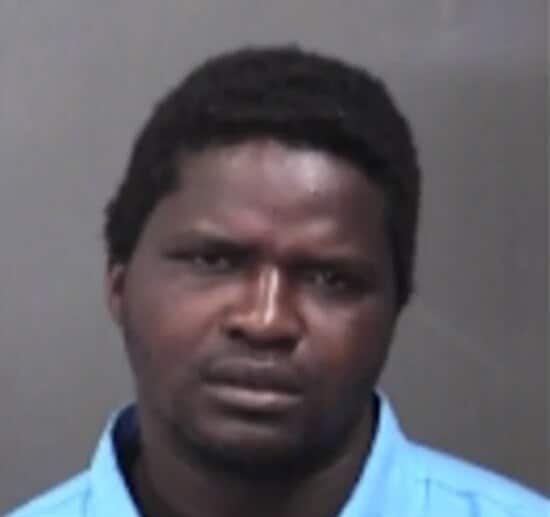 Lee Marvin Blue is a transient with an extensive criminal history that includes, burglaries, assault and public intoxication. (Photo: KHOU)

A 27-year-old man is recovering from a gunshot wound after he broke into a Baytown, Texas, church Tuesday morning to steal electronics and was met by a preacher packing heat.

Surveillance video from the Church of New Beginnings captured Lee Marvin Blue as he kicked in the door just after 6 a.m. Once inside, Blue grabbed a box and began to fill it up with various electronics, including several laptop computers.

But what Blue didn’t know was the pastor of the church, Benny Holmes, was asleep inside and packing a 9mm semi-automatic handgun. Holmes grabbed his gun after he was awakened by the commotion and confronted Blue, who was still carrying the electronics.

Holmes told a local ABC affiliate that he commanded Blue to stop twice, but Blue continued to come at him, so fearing for his own safety, the pastor fired a single shot, striking Blue in the shoulder.

“I did what I had to do,” Holmes said, noting that he wanted the public to know it was a robbery. 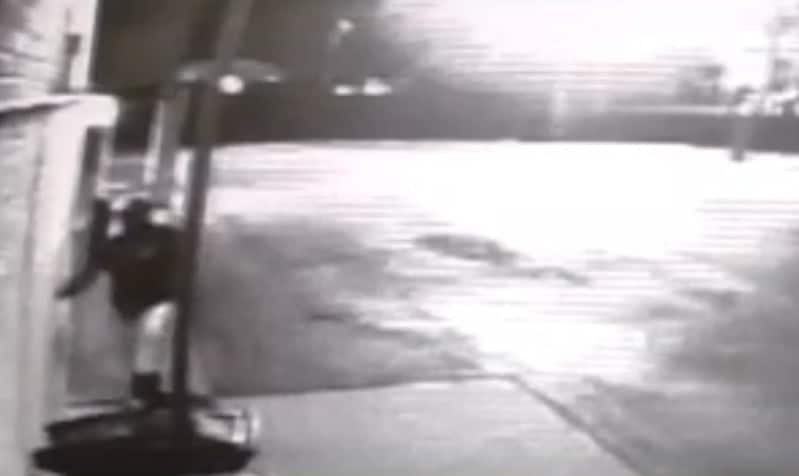 Blue was seen on surveillance video busting in the door of the church. (Photo: KHOU)

While Blue was lying on the floor, bleeding from the gunshot wound and waiting for help to arrive, Holmes said a prayer with him and told him he would come visit him while he recovered. Blue was transported to a Houston hospital via med flight to be treated for the non-life threatening injury. He was last listed in stable condition and now faces charges for burglary of a building.

No charges are expected to be filed against Holmes, who acted in self-defense.

Holmes said there have been several break-ins at churches in the area, but this was the first time his church was hit. However, it wasn’t the first time Holmes called the police about a burglary. In fact, last year he helped nab a women who was stealing UPS packages.

“We had several UPS packages that were in front of people’s homes and they were mysteriously disappearing,” explained Det. Luzette Watkins of the Baytown Police Dept. “Pastor Holmes happened to have the camcorder set up in front of his house. He actually caught the lady and restrained her until police could arrive.”