The story behind the nickel plated Tokarev pistol 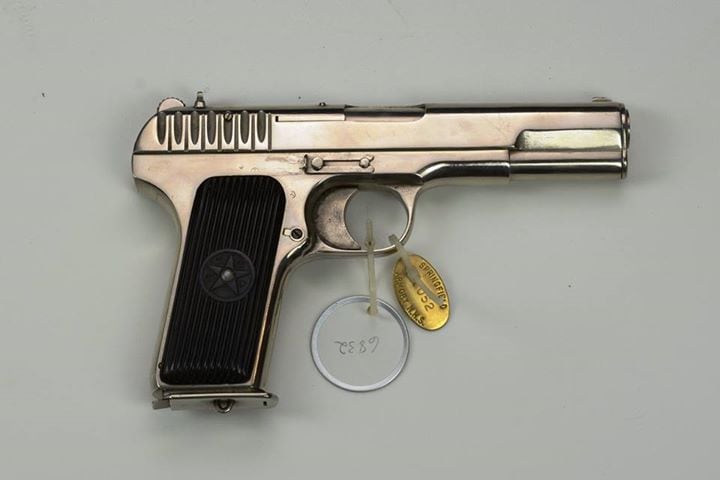 The Springfield Armory Museum posted images this week of one of the rare birds in its extensive collection– a nickel plated Soviet made M33 Tokarev pistol.

In the 1950s the armory, still run by the Army at the time, received a number of GI bring back pistols that came from Europe and Asia during World War II. Several of these guns, to include a Polish Radom M35 with German acceptance stamps, a Belgian FN Hi Power likewise marked and the Tokarev shown above were all donated after they had been nickel-plated postwar.

The Tok, common on the milsurp curio and relic market, is popular as its 7.62x25mm round is super high velocity and best of all– cheap.

However, the 1935 vintage M33 with Tula Arsenal proofs, while swag, would likely make a collector wince.