A wild robbery at a high-end clothing store in Milwaukee was thwarted by the store owner when he opened fire at the suspects from inside the store with an AR-15, and surveillance video of the entire incident was released this week.

At least five men were involved in the attempted robbery, which occurred around 4 a.m. on July 3. A local Fox affiliate reported that the men gained entry into the business by using a van, which was later determined to be stolen. They repeatedly rammed into the front doors of Bouchards, which was closed at the time.

Despite concrete barriers at the front of the store and a metal security gate on the doors, the suspects were able to smash the doors and get inside, but little did they know that the store owner had a rifle in the back office, which he retrieved as the suspects made their way through the door.

Three men, who were all armed, entered the store while the two remaining suspects stayed outside – one in the van and a second in another getaway vehicle. But store owner Rami Murrar watched the entire fiasco unfold while sitting at the sales counter and when the suspects came through the door, he opened fire with five rapid shots. 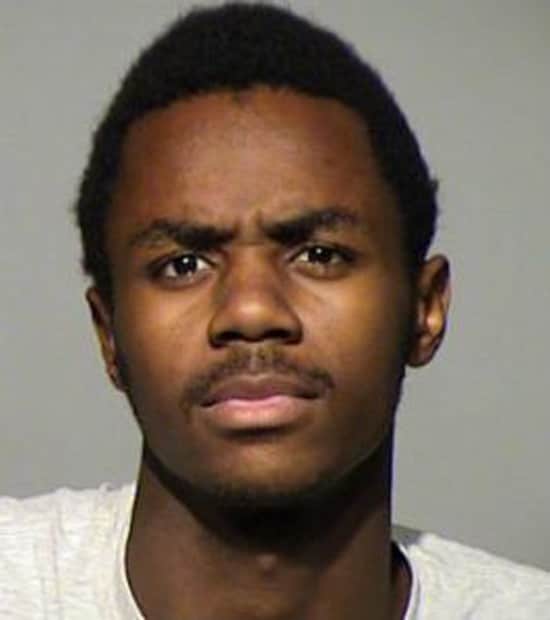 The suspects immediately fled the scene and a few minutes later a man showed up at a nearby hospital suffering from three gunshot wounds. The man, who was identified as Deishun Byrd-McWay, was accompanied by two other individuals who told authorities they were simply good Samaritans trying to help Byrd-McWay.

According to their account, they were walking down the street when they heard gunshots and moments later saw Byrd-McWay fall to the ground. They said a woman driving by stopped and agreed to take them to the hospital.

But authorities don’t appear to be buying that story, and in fact, Byrd-McWay and one of the men at the hospital were believed to be involved in similar smash and grab at a different Bouchard’s location back in 2012. They were apparently seen leaving the store carrying trash bags full of merchandise. However, no charges were ever filed in that case.

With this month’s case, however, Byrd-McWay was charged with burglary of a building as party to a crime and criminal damage to property as party to a crime. He had his first court appearance Monday, but authorities say none of the suspects are cooperating.

The incident, which altogether only lasted a few minutes, caused more than $12,000 in damages to the store alone. And Murrar said this wasn’t the first time the store has been hit either. He said all of his stores have been broken into numerous times, despite him taking various security measures, but said he now tries to have someone at the store at all times.

Murrar believes had he not been armed and the suspects made it into the store, he would be dead.