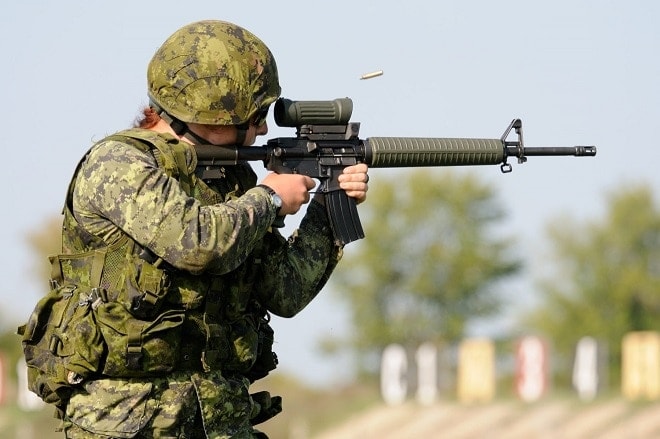 Canadian infantry Sgt. Tatyana Danylyshyn has been burning up the 5.56 in competition this year (Photo: Canadian Forces)

Sgt. Tatyana Danylyshyn of the Canadian Scottish Regiment picked up top honors in international shooting competitions in both the U.S. and the UK in recent months.

The match included soldiers from the U.S., Britain, Italy, the Netherlands, Germany, Jamaica and of course, the mighty Canadians.

While the Americans and Brits swept the pistol categories, scarlet-haired Danylyshyn scooped up the rifle competition.

“Sgt. Danylyshyn beat everyone else with a score of 190 out of a possible 250 in what was essentially an infantry rundown,” said team captain, Lieutenant Devin Kruk. “Her match moved from deliberate fire at the 400, 300, and 200 yards to reflexive fire at the 100 with a walk down from 75 to 25 yards.” 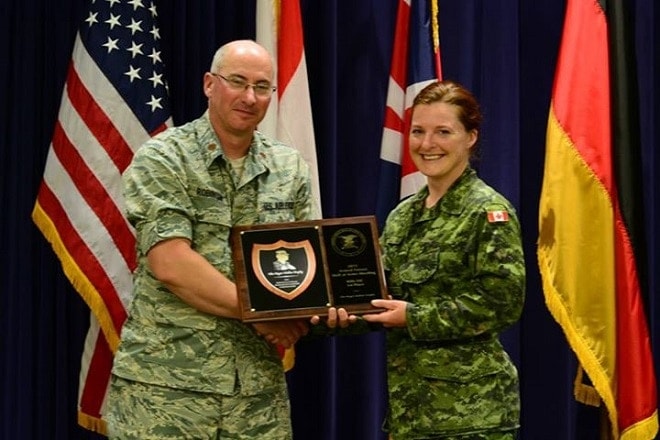 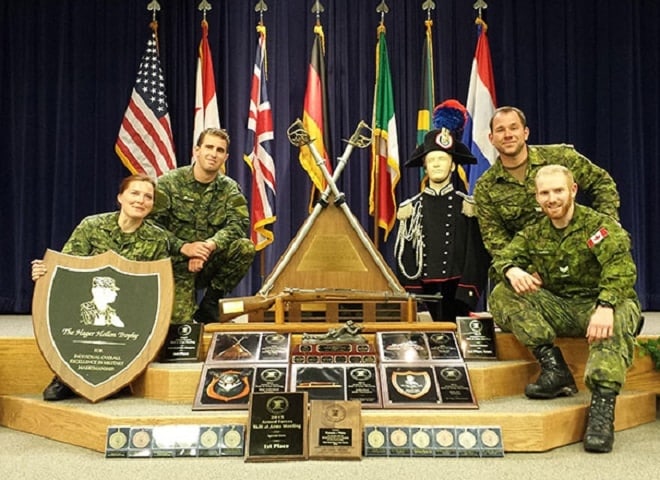 With her team in Arkansas. (Photo: Canadian Forces)

Then last month she traveled to the land of warm beer to compete in the annual Bisley shooting competition held in Bisley, England, in a field with 700 competitors. There, she competed in two of the three weapons categories: operational service rifle and service pistol, winning top shot in the former, with her field standard Colt Canada C7A2 rifle with 3.4x28mm C79A2 optics.

The C7 is a Canadian-built M16A2 but with a hammer-forged heavy barrel standard. 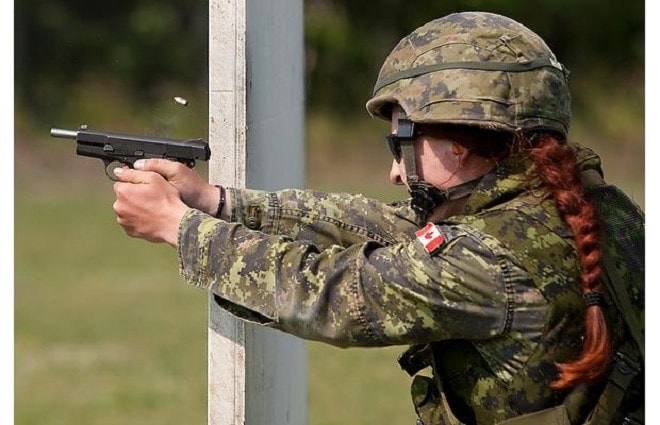 At Bisley, Danylyshyn weighed in with her service pistol to– the Canadian standard Browning Hi Power. (Photo: Canadian Forces) 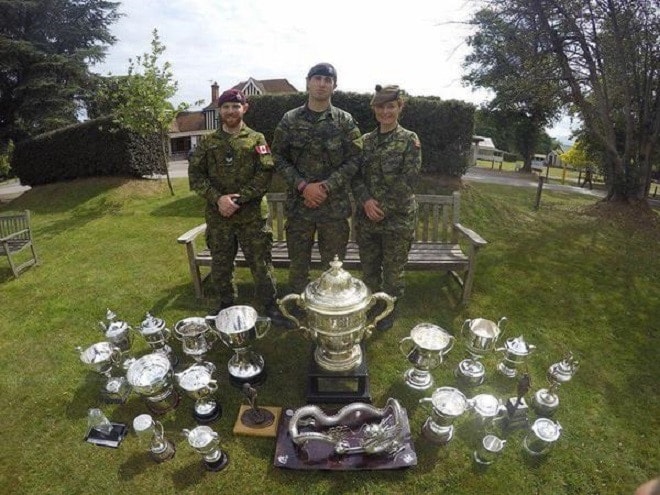 Danylyshyn and team with a host of trophies– including one very large one from Bisley. (Photo: Canadian Forces)

“It was an honor to be selected to represent Canada at such a prestigious event, and a real privilege to be able to shoot with and against some of the best shooters from various nations in the world. I am grateful for the skills learned and honed through the Canadian Army,” she said.

Danylyshyn isn’t hanging up her C7 this year just yet; she is heading to the Connaught Ranges in Ottawa this September. 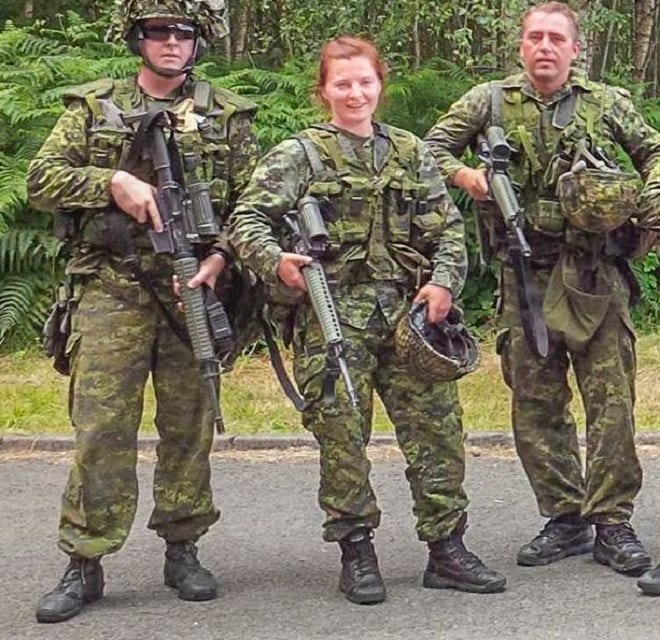