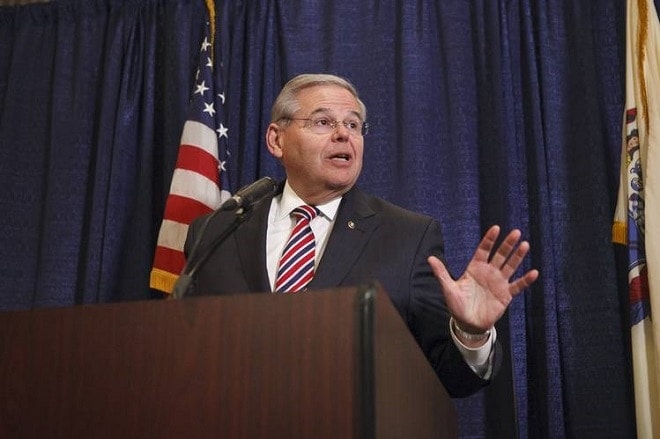 After an unprecedented public outcry over the taking of a celebrity lion in Africa by a U.S. hunter, four Senate Democrats are seeking to ban the importation of certain trophies collected overseas.

Now, New Jersey Democratic Sen. Bob Menendez has introduced legislation that he contends will curb such hunts in the future.

“Let’s not be cowardly lions when it comes to trophy killings,” said Menendez in a statement. “Cecil’s death was a preventable tragedy that highlights the need to extend the protections of the Endangered Species Act. When we have enough concern about the future of a species to propose it for listing, we should not be killing it for sport. I’m proud to be joined by my colleagues in introducing this common-sense legislation to take a necessary and prudent step that creates a disincentive for these senseless trophy killings and advances our commitment in leading the fight to combat global wildlife trafficking.”

The proposal, the Conserving Ecosystems by Ceasing the Importation of Large (CECIL) Animal Trophies Act , would make amendments to the Endangered Species Act of 1973 to extend both import and export restrictions to trophies from any animal listed as being threatened or endangered under that act.

Current trophy importation bans extend to ivory-bearing animals such as walrus taken in Canada and elephants.

Last October, the U.S. Fish and Wildlife Service specifically proposed to list the African lion as threatened under the Endangered Species Act.

“The African lion – a symbol of majesty, courage and strength since earliest times – faces serious and continuing threats to its survival,” said Service Director Dan Ashe. “Many wild populations continue to decrease in size, and the subspecies is estimated to occupy less than 22 percent of its historical range. The U.S. Fish and Wildlife Service is committed to providing the necessary protections for imperiled species, both at home and abroad, and this proposal, if finalized, will help us do that.”

The CECIL Act is expected to be introduced in coming days.