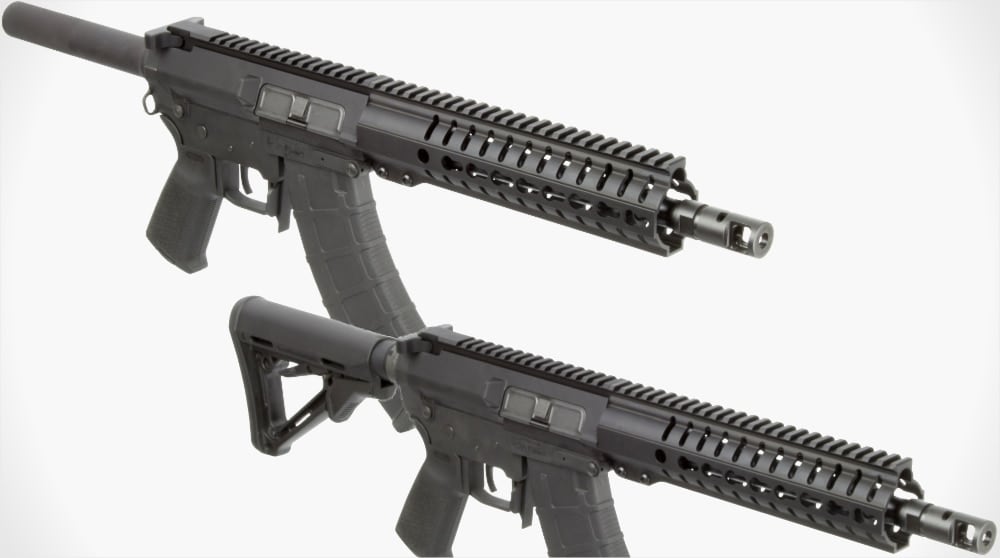 Hot on the heels of the recent release of the CMMG Mutant rifle the company is kicking off a series of new models, including pistol and short-barreled rifle versions and a redux of the original Mutant rifles in California-friendly form.

The CMMG Mutant is a novel design that employs AK-pattern magazines but is otherwise based on AR-pattern parts. The upper receiver uses a shortened AR-10-based bolt carrier group for a scaled-up bolt face and increased reciprocating mass.

The new models are based on two designs, the basic carbine with its 16-inch barrel and a new model with a 10-inch barrel. The 10-inch models is the basis for a Mutant pistol, with a pistol-style buffer tube, and an NFA-regulated 10-inch short-barreled rifle equipped with a carbine buffer assembly.

This lets shooters benefit from the AR’s ergonomics while maintaining all the benefits of shooting the popular AK cartridge. Chambered for 7.62x39mm, the new crop of Mutants shoots affordable and effective ammunition that doesn’t lose a lot of energy at the muzzle when fired from these shorter barrels. 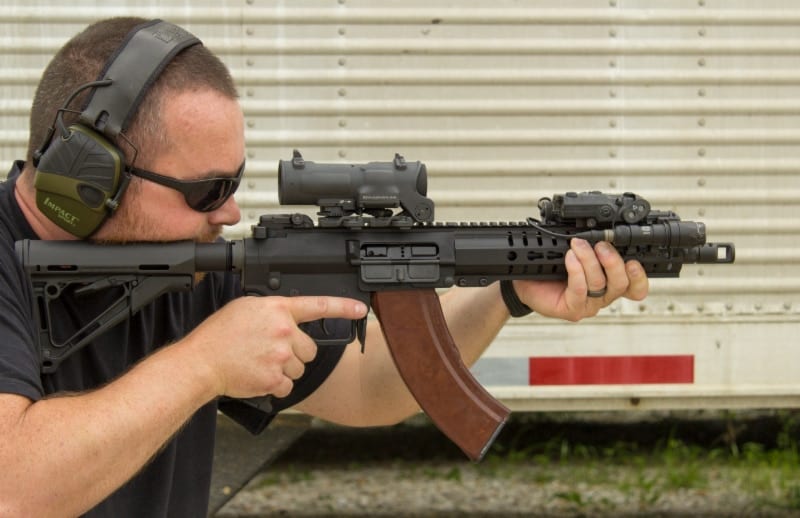 These new rifles and pistols have all the same features as the first wave of Mutants. They come with CMMG’s modular KeyMod free-floating handguards and compact ported, single-baffle muzzle break. They are “optics ready” firearms that leave optics and sight selection up to the buyer.

Built on 7075-T6 upper and lower receivers, these guns are built to see a lot of hard use. By their nature they’re not range toys, they’re light and versatile guns for use at the range, in the field for hunting and at home for personal protection.

In addition to the two short-barreled Mutants, CMMG is prepping all three original Mutants in California-compliant versions. The Mutant was launched in three configurations, the base T model, an upgraded AKM with Magpul furniture and the AKM2 variant, with both Magpul furniture and a two-stage target trigger.

The latest batch of Mutants is priced in-line with previous models, with the CMMG Mk47 K Mutant the least expensive with an MSRP at $1,499. The CMMG Mk47 K SBR short-barreled rifle runs a little more at $1,629 fit with a Magpul CTR stock.

The California-compliant CMMG Mk47 T, AKM and AKM2 CA models run between $1,549 and $1,899 and as always, real-world prices will be a few hundred dollars less across the board. The standard models ship with 30-round Magpul PMags where the rifles headed to the Left Coast come with 10-round Vepr magazines, which have an excellent reputation and track record.