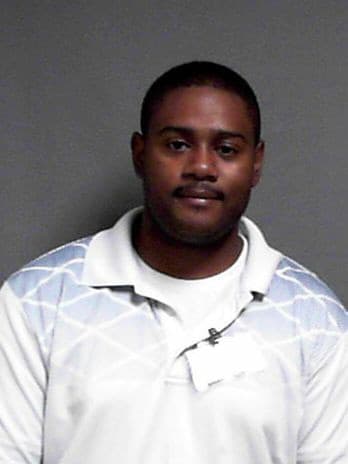 Federal agents arrested a Cleveland-area police officer last week on charges of selling guns to known felons and shooting a hole in their wall while in uniform.

According to the criminal complaint filed in an Ohio federal court last week, two felons who cooperated with local and federal law enforcement said they bought guns from Kevin Ryan Lumpkin, 29, who was a police officer in North Randall at the time. The felons were not identified by name in court documents.

Investigators say Lumpkin installed a security camera at the felons’ home in 2012 after one of them was shot when robbers broke into their house. At that time, Lumpkin also supplied them with a catalog of firearms to browse.

With Lumpkin’s help, the pair collected handguns, rifles, a short-barreled shotgun, and a bulletproof vest, the complaint says.

However, in that same year a dispute with the felons led to Lumpkin, while in uniform, firing a round from his service weapon inside the home, the complaint says. The round struck a wall in the basement and was never repaired.

When investigators showed him a picture of the wall with a bullet hole in it, he said he recognized the location, but when asked how the bullet hole got there, he replied, “Why would I say that?”

When they asked Lumpkin to be honest about the circumstances surrounding the bullet hole, he said, “What does being honest get me?”