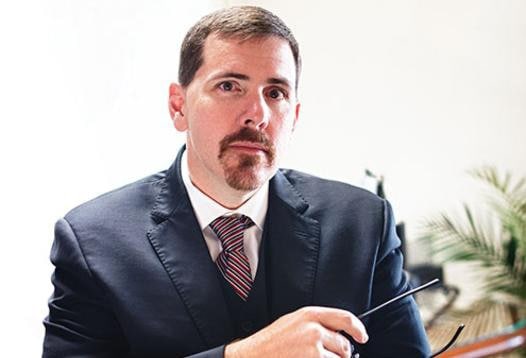 Mark Kresser has worked in the gun industry since 1998, but HPR will be his first ammo company.

The man who changed Taurus International and its once sprawling firearms catalog has been named the president of HPR Ammunition.

“For nearly 20 years as a firearms industry executive, Mark has proven time and time again a unique ability for product innovation, marketing and branding, as well as exhibiting a deft hand at developing profitable multi-level partnerships, through both acquisitions and joint venture agreements,” said Jim Antich, founder of ATAC, in press materials.

Kresser served as CEO of Taurus from 2011 to 2014, and in that three-year span he developed a marketing strategy similar to the pizza franchise Domino’s “we’ll do better.” Kresser publicly acknowledged a cluttered catalog and quality control issues. And during his term he whittled down the product offerings and helped refine the quality.

In that span, the company generated roughly $260 million in revenue and also acquired Diamondback Firearms to include with the already established Taurus and Rossi brands. But his term with Taurus abruptly ended in July 2014 when he was replaced. Since then the company has seemingly maintained the same marketing strategy, with new products coming few and far between.

As far as new guns are concerned, Taurus introduced the novel Taurus Curve, a concealed carry pistol that’s rounded in the frame for easier concealment. But besides that other details on the company have been less optimistic.

As recently as last week, Taurus agreed to a $30 million settlement for alleged defects in its leading pistol design.

With HPR, Kresser said he hopes to continue “to bring about dynamic change within the ammunition category.”