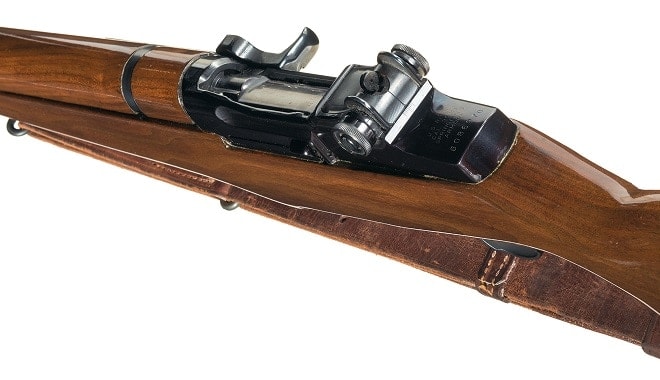 While serving as a U.S. Senator, WWII vet John F. Kennedy sought out a lottery M1 Garand through the Director of Civilian Marksmanship– and he got a beaut.

Founded by the administration of President Teddy Roosevelt back in 1903, the DCM was a small office of the Army concerned with promoting rifle practice with military-grade small arms to have a body of men with decent marksmanship abilities in time of war. You see TR had himself saw how unprepared the U.S. military was in the Spanish American War just five years earlier when the tiny and underfunded Army had to accept the services of volunteers such as his own “Rough Riders” to help win even that comparatively small war.

Fast forward to 1959 and the DCM was beginning to distribute the first of its stock of M1 Garands– then still a standard issue rifle with National Guard and Reserve units and only recently being replaced in front line service by the M14.

Competition was fierce to get in on the bounty of beautiful 8-shot battle rifles and one sitting U.S. Senator, John F. Kennedy, sought out a rifle for himself.

Kennedy, a Navy veteran who received the Navy and Marine Corps Medal on PT boats during WWII, was in the end issued one beautiful rifle.

The Type 1 National Match M1 Garand was rebuilt to Type 2 standard by no-less a rifle wizard than MSG Raymond E Parkinson, a gunsmith assigned to the Army’s Advanced Marksmanship Unit at Ft. Meade.

As detailed by Rock Island Auctions, the following changes were made:

1.Adjusted the trigger in order to provide an exacting trigger pull for each shot fired.
2.Blued all metal parts to prevent rust and enhance the beauty of the weapon.
3.Applied a moisture-proof silicon finish to the stock.
4.Applied a glass-bedding compound to the recoil shoulders of the stock in order to enable the rifle to maintain its accuracy.
5.Air-tested the bore for correct calibration and flaws.
6.Test-fired the rifle in a sitting position at 200 yards. 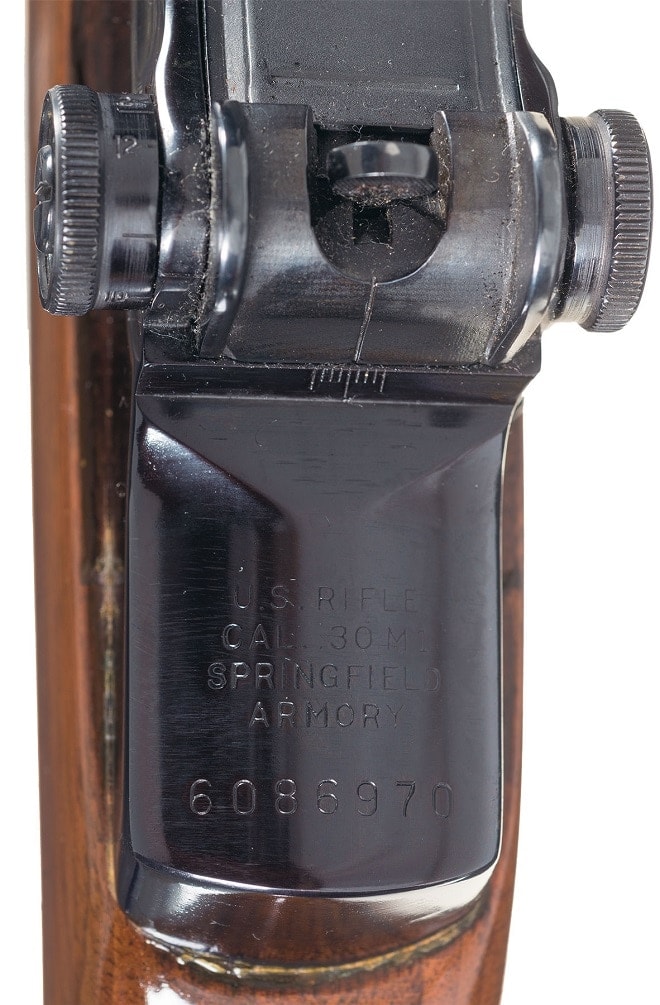 To which, the good Senator from Massachusetts wrote a heartfelt thank you. He paid $169 for the rifle, which is about $1,300 in today’s money. 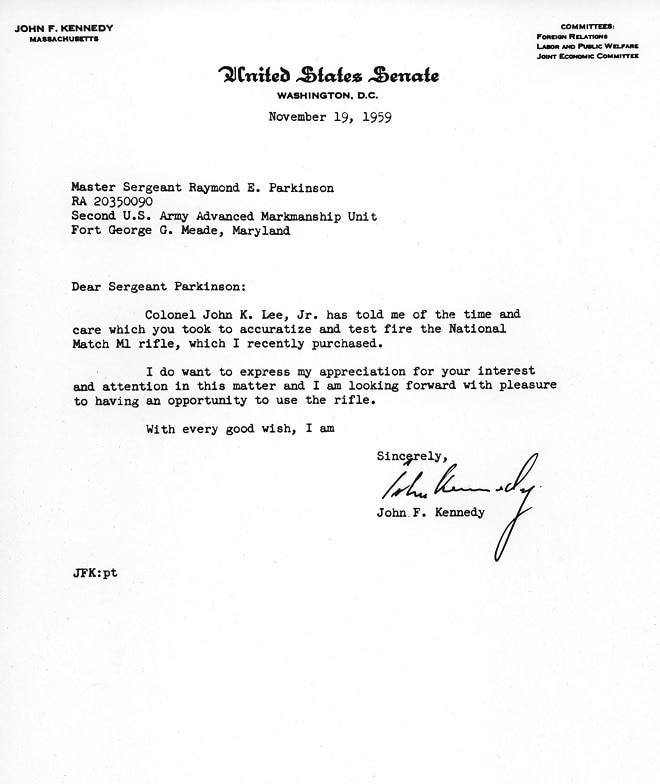 While a Democrat, JFK was also a life member of  the National Rifle Association as well as a sports shooter and firearms collector.

While in the White House he was later presented a vintage Spencer Carbine, serial number 44066, because of his fascination with the Civil War by a delegation from the Springfield Armory which is now in on display at the JFK Presidential Library. 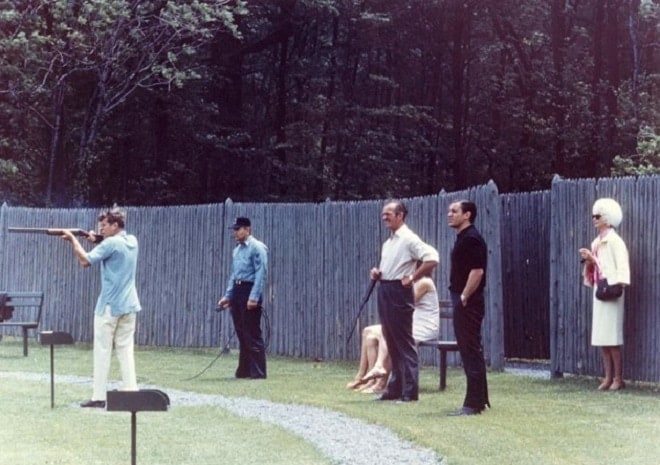 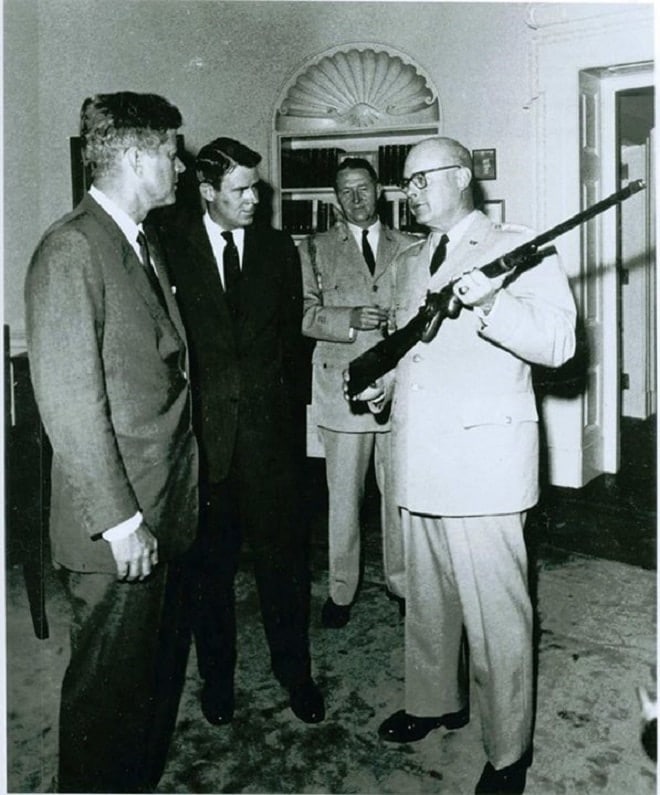 He also left the military the legacy that is the M-16 and was a driving force behind the Navy’s SEALS and Army’s Green Beret programs. 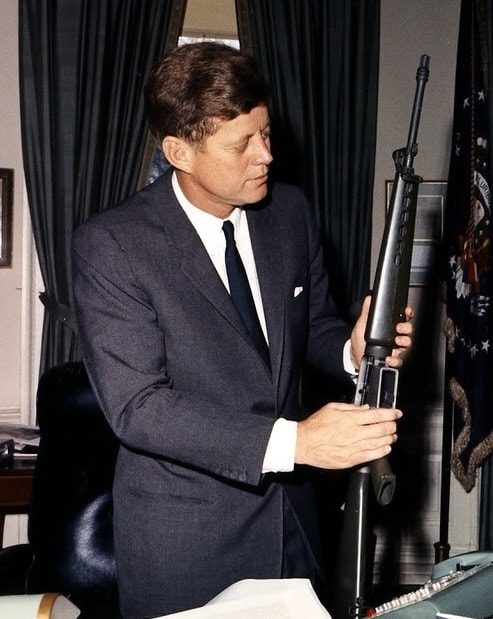 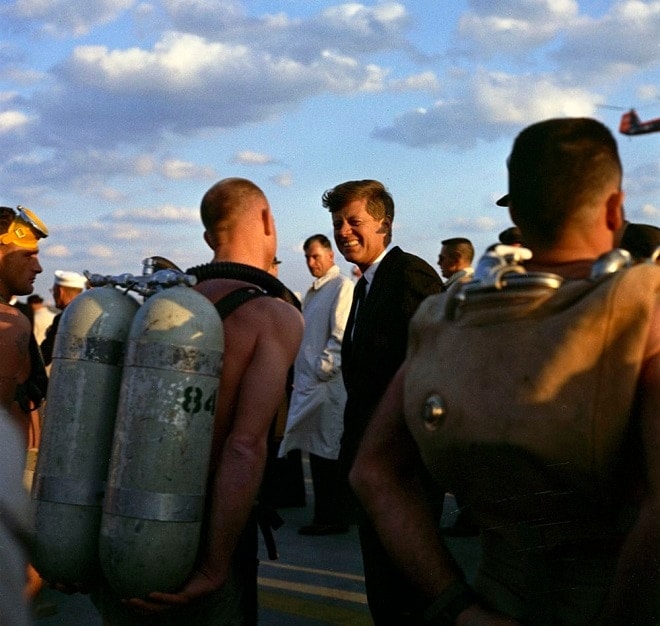