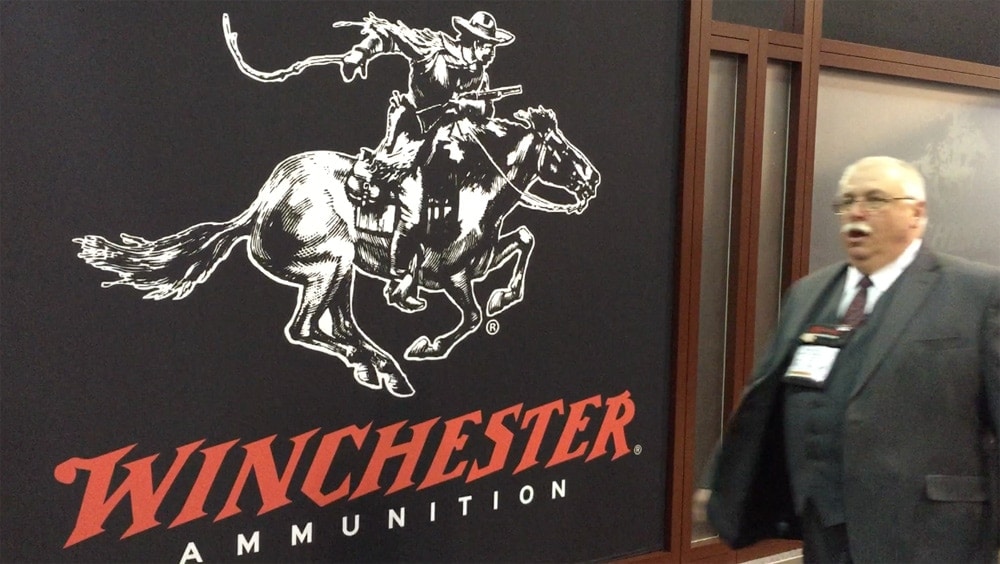 A man prepares to cough outside the Winchester Ammunition booth at a trade show in Las Vegas in 2015. (Photo: Daniel Terrill)

In 2015’s second quarter, Winchester experienced a 12 percent increase in commercial shipments compared to the year before. Sales totaled $194.2 million by the end of 2Q, up $13.2 million from the same time in 2014.

For many firearm companies, sales dropped off significantly when compared to performances in 2013. Sales peaked that year during a push for stricter federal gun laws in the wake of a massacre of 20 first graders and six educators by a deranged gunman in Connecticut in December 2012.

Winchester forecasted steady and consistent results in 2015 not just because of the backlog, but by what they say is an increase in gun owners who have taken up target shooting as a hobby.

In addition to steady demand, Fischer said the company has experienced a reduction in year-over-year commodity cost.

Winchester is based out of Alton, Illinois, but has been transitioning to facilities in Oxford, Mississippi.