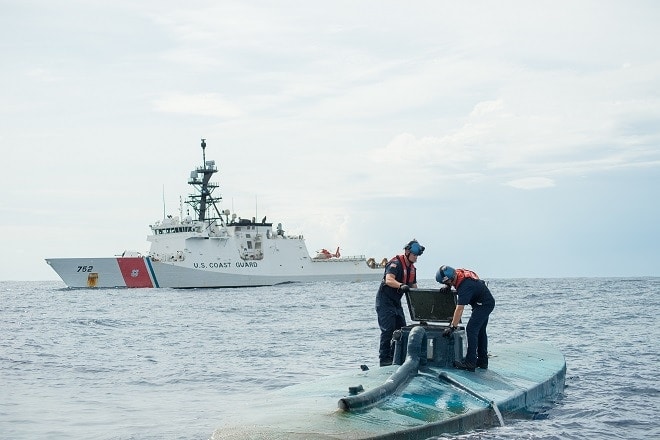 In the largest seizure of its kind, the U.S. Coast Guard stopped a narco semi-submersible crammed with some 16,000 pounds of cocaine.

The seizure came on July 19 off the coast of Central America in international waters when the U.S. Coast Guard Cutter Stratton tracked and captured a self-propelled semi-submersible (SPSS) vessel– commonly just called a narco-submarine in the Eastern Pacific. The four man crew of cartel swabbies surrendered without incident.

Inside the dope U-boat, a Coastie boarding team seized 275 bales of cocaine with a street value of $181 million.

The 40 foot narco nautilus, being quality made in a jungle workshop somewhere, began to take on an unhealthy amount of seawater and was lost in deep water with an estimated 4,000 pounds of blow still aboard. The Coast Guard, however, did come away with 6 tons of recovered product and the boat’s crew, in what they term the largest seizure of its kind by the agency

“Our success intercepting this drug-laden, self-propelled semi-submersible is a testament to the collaboration of our partner agencies, and demonstrates the importance of our increased presence in the Western Hemisphere,” said Vice Adm. Charles W. Ray, commander, Pacific Area. “Every interception of these semi-submersibles disrupts transnational organized crime networks and helps increase security and stability in the Western Hemisphere.”

And by the way, this week is the Coast Guard’s 225th birthday– so Happy Birthday USCG! 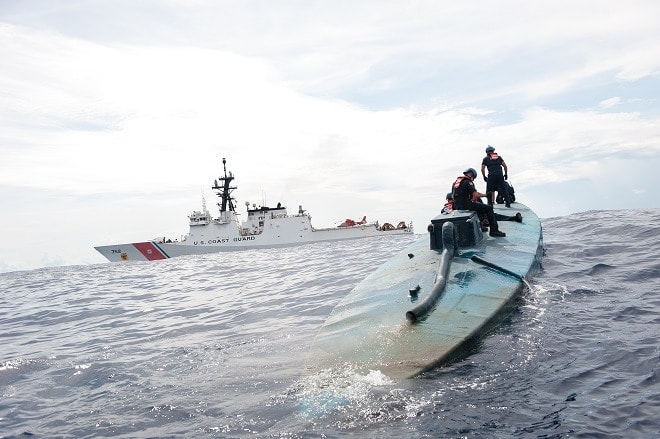 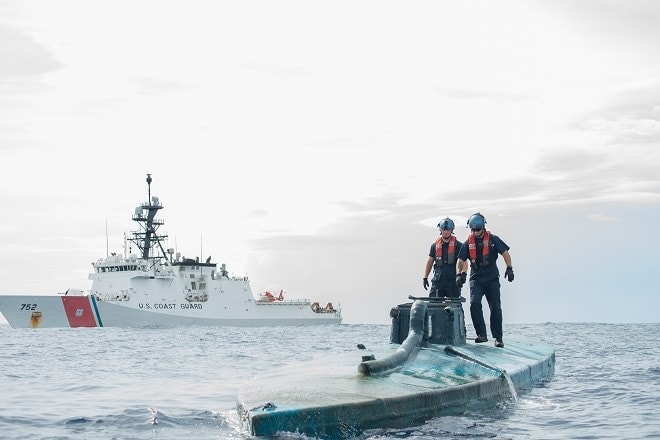 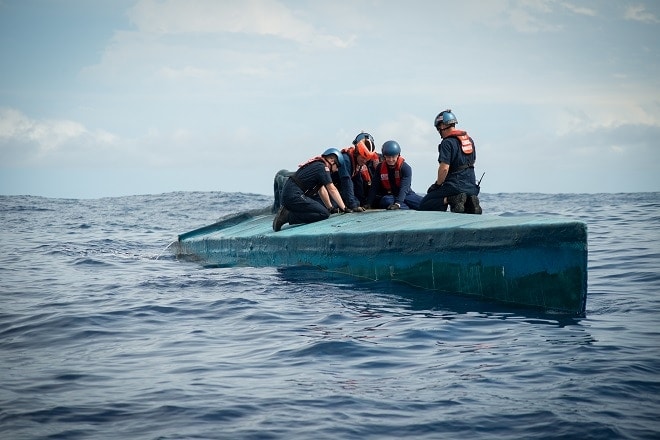 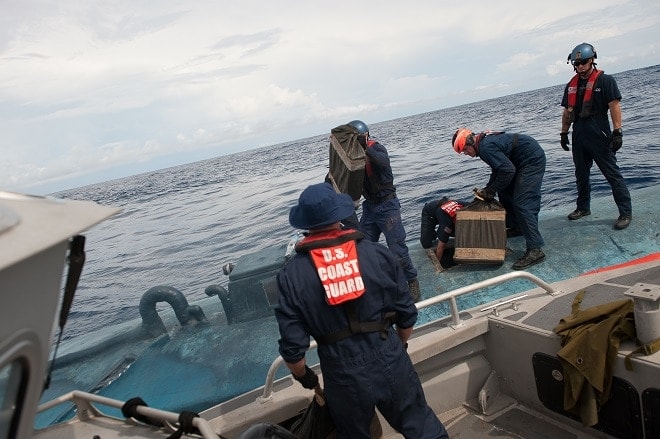 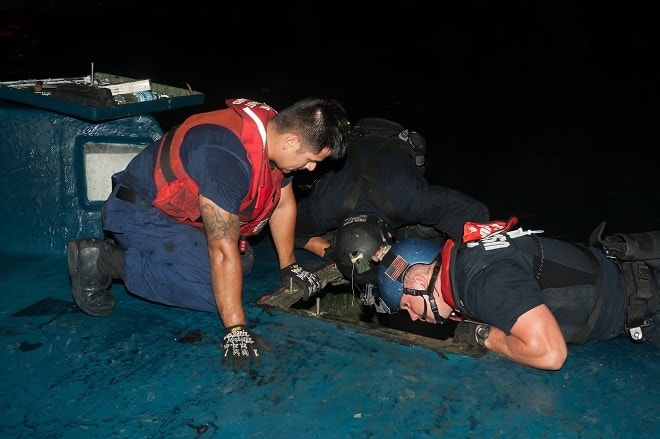 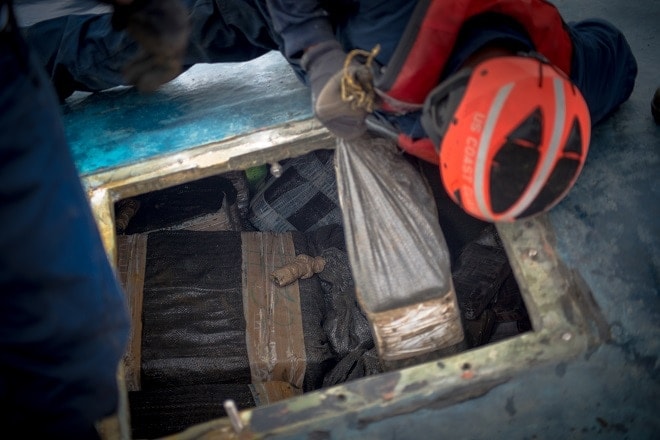 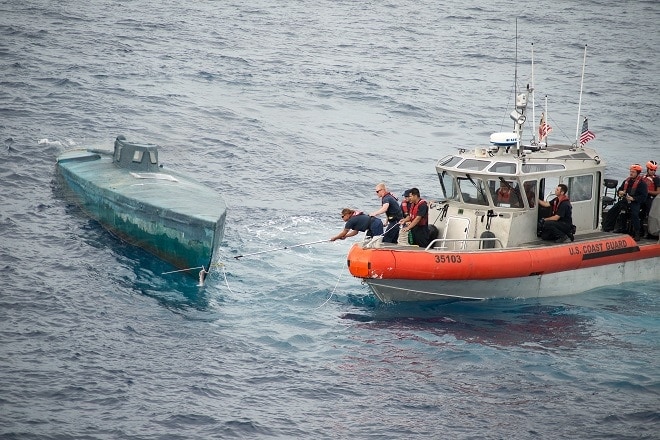 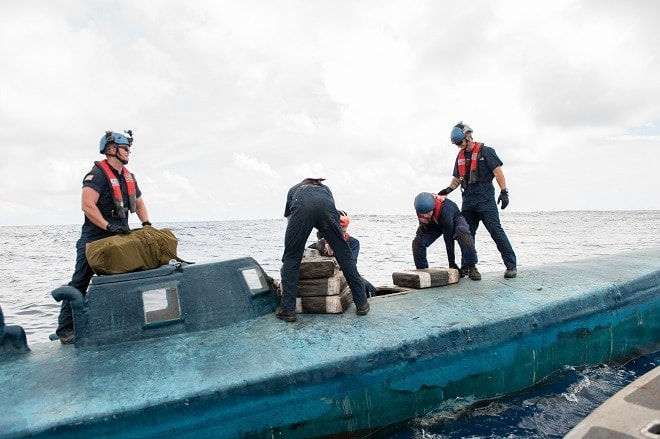 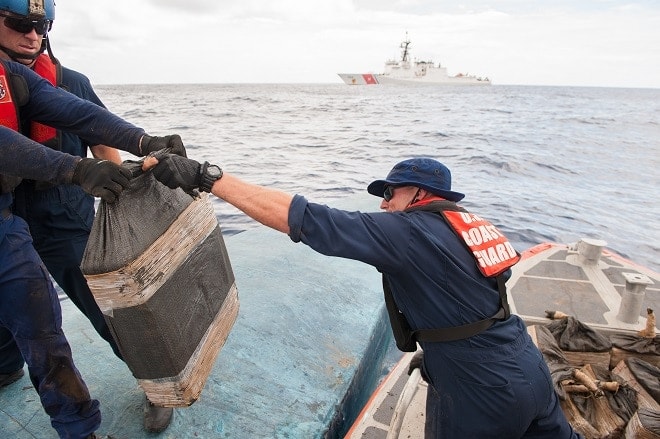 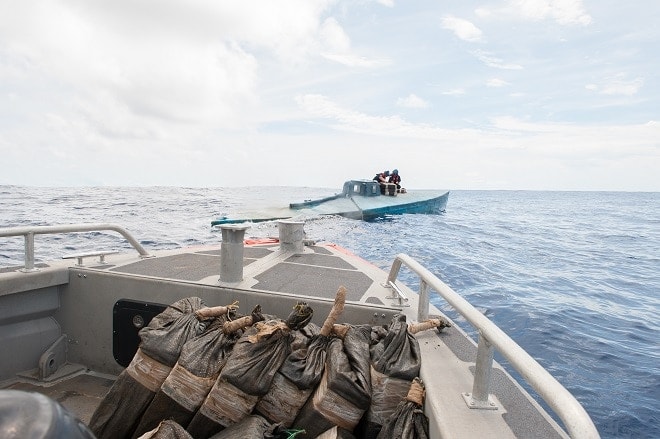 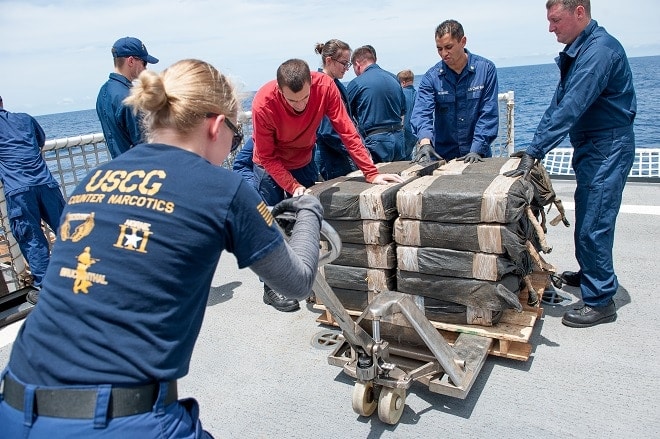 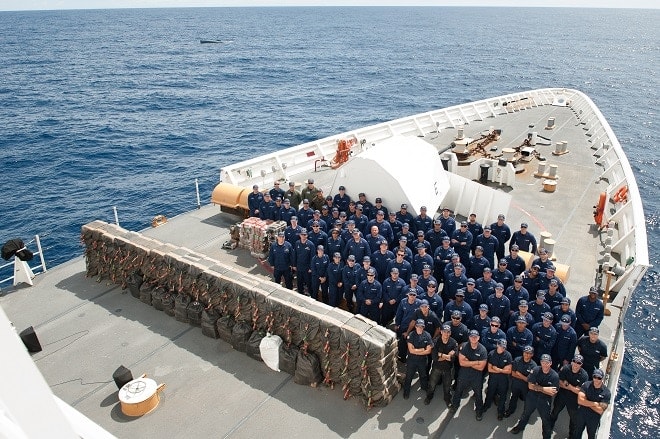