Mega and Hodge team up on new Wedge Lock handguards 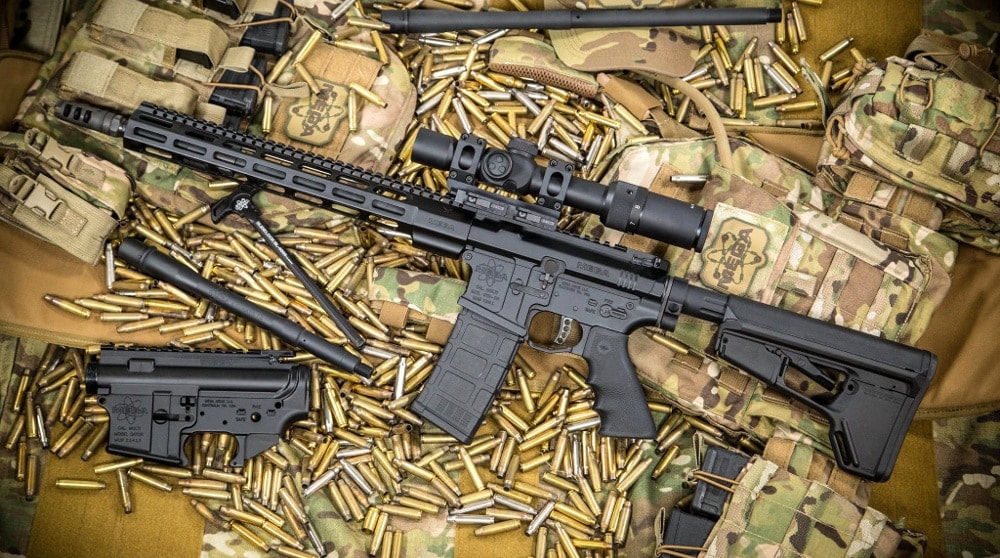 Mega Arms and Hodge Defense Systems have teamed up on a slick set of handguards for AR-15-style rifles. Called the Wedge Lock system, these handguards look straightforward at first but open up to reveal a lot of clever elements that make them stand out in a very crowded aftermarket.

One of the obvious leading-edge features is the use of M-Lok slots for accessories. Wedge Lock handguards use the new negative mounting standard that shaves weight and provides a smooth, hand-friendly surface in place of Picatinny rails. The team is leading with M-Lok and will follow with KeyMod, the other new modular mounting system.

Mega is launching with five models measuring in at 7, 9, 12, 14 and 16 inches in length. Unlike most handguards which are machined from 6061-series aluminum alloy, these handguards are cut from 7075-T6 aluminum, which is considerably stronger. The proprietary barrel nut is titanium, for its lighter weight and good thermal conductivity.

That being said they’re not featherweight handguards at 11 ounces including all the hardware for the 9-inch model up to 15 ounces for the 16-inch version. The short 7-inch rail weight has not been released yet. Part of this is due to the extra-thick walls of the handguards, designed for strength and rigidity.

When it comes to knock-around rifles both Mega and Hodge are old-hat. The Wedge Lock system isn’t the lightest out there, but it’s going to be able to take a beating and ask for more. 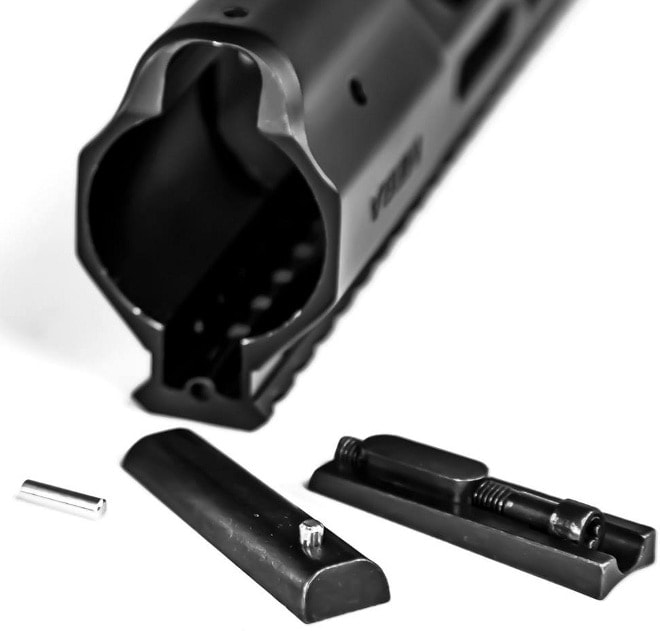 One nice touch is that the handguards are drilled for a steel anti-rotation pin. This pin indexes the handguard to the upper receiver, blocking any rotational movement around the barrel nut. While it’s not a universal feature, index pin holes are included with Mega billet and forged uppers and a handful of other manufacturer’s uppers, including several Area53, CMT, Fortis, Northtech, Noveske, Rainier Arms and San Tan upper receivers.

What gives it the Wedge Lock name is the surprisingly simple, extremely tight mounting system. Inside the short lug at the rear of the handguard are two wedge-shaped planes at complimentary angles. By tightening a screw the wedges push off each other, putting direct tension between the handguard and the barrel nut. On top of that the handguards come with a pair of set screws to provide two more locking points at the sides of barrel nut.

All this adds up to a handguard that won’t slip or loosen unless the gun’s exposed to the sort of damage that would take it out no matter what it was made of. This handguard design can be trusted to maintain a reliable zero not just for backup sights, but even for rail-mounted optics and pointers.

Suggested retail prices run between $249 for the shortest rail up to $357 for the extended 16-inch model, which puts these up there. But with this pedigree quality is pretty much guaranteed.