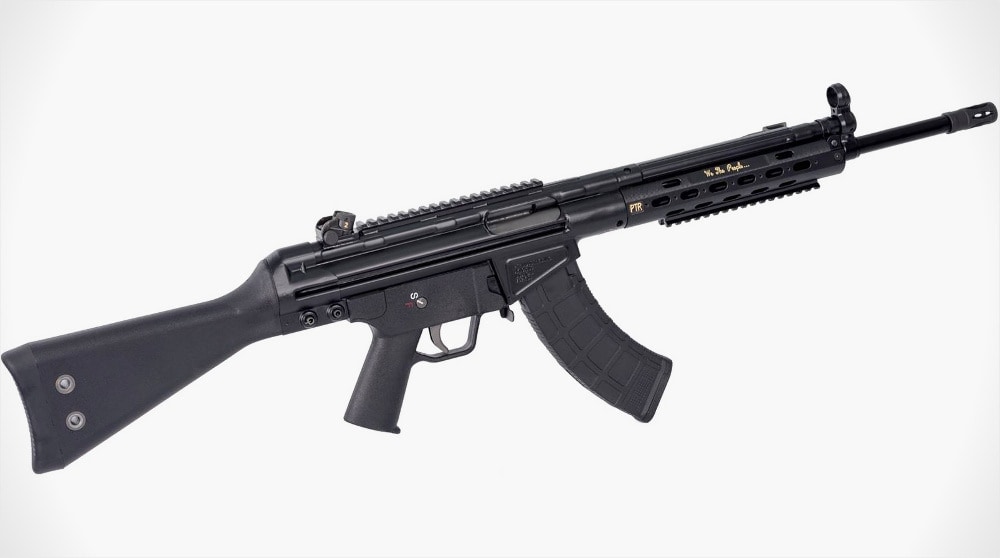 PTR Industries is launching a second edition South Carolina Commemorative Rifle, based on the PTR-32 pattern.

The PTR-32 is a modified version of the company’s popular rifle design, based on the proven and worldly G3 design. The PTR-32’s claim to fame is its cartridge and magwell — it’s chambered for 7.62x39mm and feeds from common AK-pattern magazines.

The second-edition South Carolina Commemorative Rifle comes with a unique engraved handguard that reads “We The People” on the right side and “Shall Not Be Infringed!” on the left, painted gold. The rifle celebrates PTR’s relocation out of Connecticut to South Carolina, making a statement for gun rights in their home state and nationally. 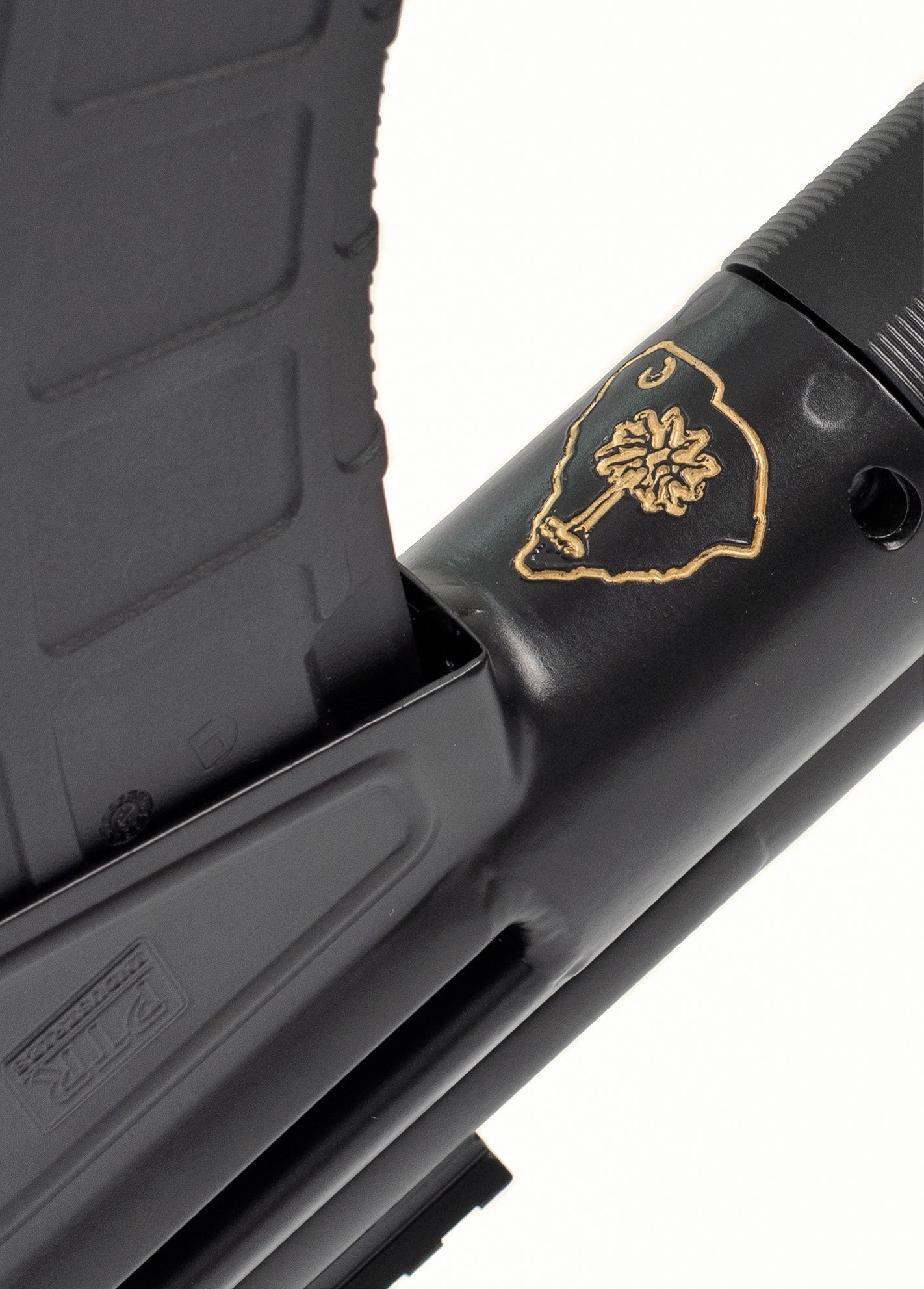 The engravings are all color-filled with gold. (Photo: PTR)

Additionally the rifle is engraved with a palmetto tree and crescent moon to indicate its heritage, like the original South Carolina Commemorative Rifle, chambered for 7.62 NATO/.308 Winchester. Unlike the first model the second edition PTR 32 SCCR has a matte black powdercoat finish instead of the first edtition’s satin nickle finish.

It’s also a little more affordable with a suggested retail price of $1,099. The first edition’s MSRP was $1,200. With limited edition rifles like these we expect the sticker to reflect the MSRP. Real-world prices are going to be close to $1,099, although they might be just under $1,000. Like the first model it will be a limited run of 1,000, and when they’re gone, they’re gone.

The second edition PTR 32 SCCR is already in the pipes headed to dealers across South Carolina and nation-wide for friends of the Palmetto State.

Each rifle ships with one 30-round Magpul PMag where available and comes with a 6-inch Picatinny rail section mounted at the six-o’clock position on the custom handguard. They’re built with a 16-inch match-grade tapered barrel that’s capped with an in-house muzzle brake.

Other features include the renown turret-style adjustable sights and welded flattop rail for use with low-profile optics such as red dot sights.

Every PTR 32 SCCR comes with a traditional fixed stock and a standard polymer trigger pack. If you would like to special-order a second edition SCCR through your FFL the product code is PTR number 915801.

PTR Industries has been on a roll with these limited edition rifles since their move to South Carolina, with other commemorative rifles including their Lone Star edition honoring Texas and raising money for the Special Operations Wounded Warriors charity foundation.