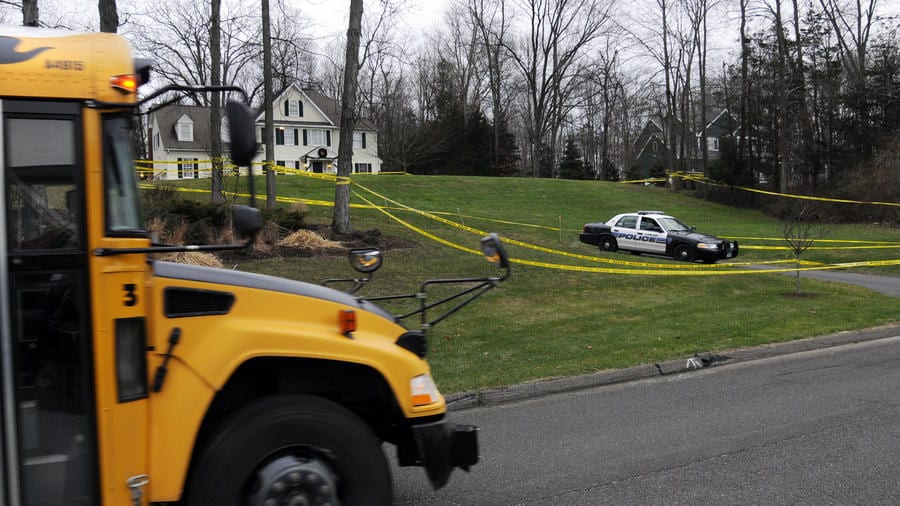 The two lawsuits made similar claims – that Nancy Lanza purchased a Bushmaster AR-15 and kept it in her Yogananda Street home where her son had access to it. (Photo: The Hartford Courant)

A $1.5 million settlement has been reached in two lawsuits filed by the families of 14 of the people killed and two injured during a December 2012 mass shooting in Newtown, Connecticut, The Hartford Courant reported.

The families of those 16 Sandy Hook victims agreed to split the settlement, which came from the homeowner’s insurance policy of Nancy Lanza, mother of gunman Adam Lanza.

According to court records obtained by The Courant, each of the families will receive $93,750.

It’s been more than two and a half years since the gunman shot and killed his mother while she slept in the master bedroom on the second floor of their Newtown home, then embarked on a shooting spree at the nearby Sandy Hook Elementary School that claimed the lives of 20 first-graders and six teachers in total that Dec. 14 morning.

The firearms used during mass shooting – a Bushmaster XM15-E2S rifle, a Glock 10mm pistol and a SIG P226 chambered in 9mm – were legally purchased, but as the suits allege, Nancy Lanza “knew or should have known that [Adam Lanza’s] mental and emotional condition made him a danger to others,” The Courant reported.

The settlements are reportedly pending approval by a probate judge before reaching Superior Court, but should be finalized by the end of the month. Two more related lawsuits are pending.

Suits against Bushmaster manufacturer Remington Outdoor Co. were also filed and claim the AR-15 is a military-style weapon that shouldn’t be sold to civilians.

Remington should have known the rifle “posed an unreasonable and egregious risk of physical injury to others” and should have been aware of “the civilian’s population’s poor track record of safely securing weapons,” the complaint read.

Another lawsuit was filed against the city of Newtown for wrongful death.

The town acquired the gunman’s house late last year and tore it down in March.